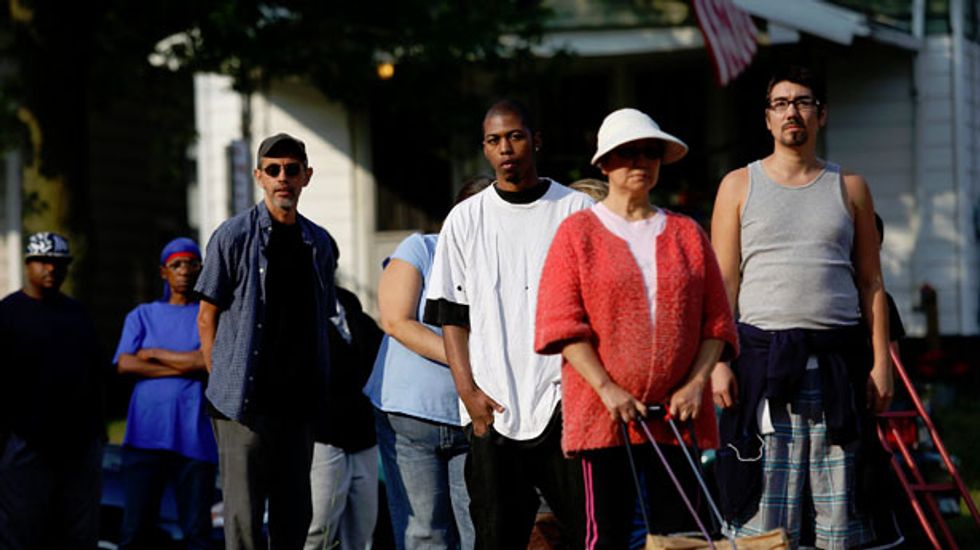 TOLEDO Ohio (Reuters) - A ban on drinking tap water in Toledo was lifted early Monday after new tests showed that toxins were no longer at dangerous levels from algae on Lake Erie, the mayor's office said.

"Our water is safe," Mayor Michael Collins said at a Monday news conference announcing the latest results from city tests.

Some 400,000 residents had been told not to drink the water in the Toledo area on Saturday after health officials found the lake, which supplies most of the area's drinking water, may have been affected by a harmful algal bloom.

Tests run Sunday by the state and the U.S. Environmental Protection Agency indicated toxin levels in the water were clean or acceptable but Collins was waiting for city tests to confirm those results before lifting the ban, he said.

City officials have told area residents and businesses to flush their water systems and any appliances or equipment that uses water, particularly if their systems have not been used since the ban was imposed.

Algal blooms in Lake Erie are fairly common in the summer, state officials said. Rapid increases in algae levels are caused by high amounts of nitrogen and phosphorous, which can come from runoff of excessively fertilized fields and lawns or from malfunctioning septic systems or livestock pens, officials said.

Collins said he will seek help from the Federal Emergency Management Agency to cover the cost of the crisis.

"We took a hug hit from a financial perspective," he said.

The federal government also will need to address the long-simmering issue of the algae-infested western base of Lake Erie, which led to the crisis, along with Toledo's antiquated water treatment system, Collins said.

City leaders said in a statement Monday that steps are being taken to adopt a statewide regulated testing system for toxins that result from harmful algal blooms.

The city's 10 water distribution centers, where the National Guard gave some 33,000 gallons (125,000 liters) of water to residents during the weekend, were set to close later Monday.

About 500,000 people get water from the contaminated source but about 100,000 residents of some communities have backup systems, officials said.

Health officials began tests after finding Lake Erie may have been affected by a harmful algal bloom. Ohio Governor John Kasich declared a state of emergency on Saturday.

Drinking the contaminated water can affect the liver and cause diarrhea, nausea, numbness or dizziness, officials said. Boiling does not destroy the toxins.