Missouri official apologizes for racist Facebook posts: 'I was a very active Republican at the time' 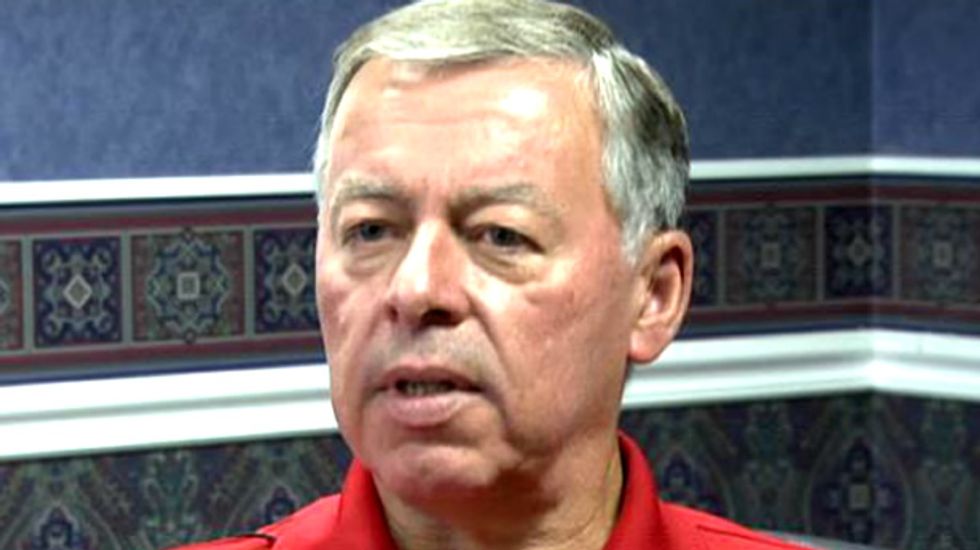 A Poplar Bluff, Missouri City Councilman is being criticized for posting what some consider to be racist images of President Barack Obama on his Facebook wall, KFVS reports.

At a city council meeting Monday night, Reverend Tommy Robinson said that Councilman Peter Tinsley's posts were blatantly offensive. "To come from a city council member, a city government official, this is highly unthought of, even in Poplar Bluff," he said. "I'm highly upset over this, along with the residents of our ward."

The photographs published include this one opposing the Affordable Care Act: 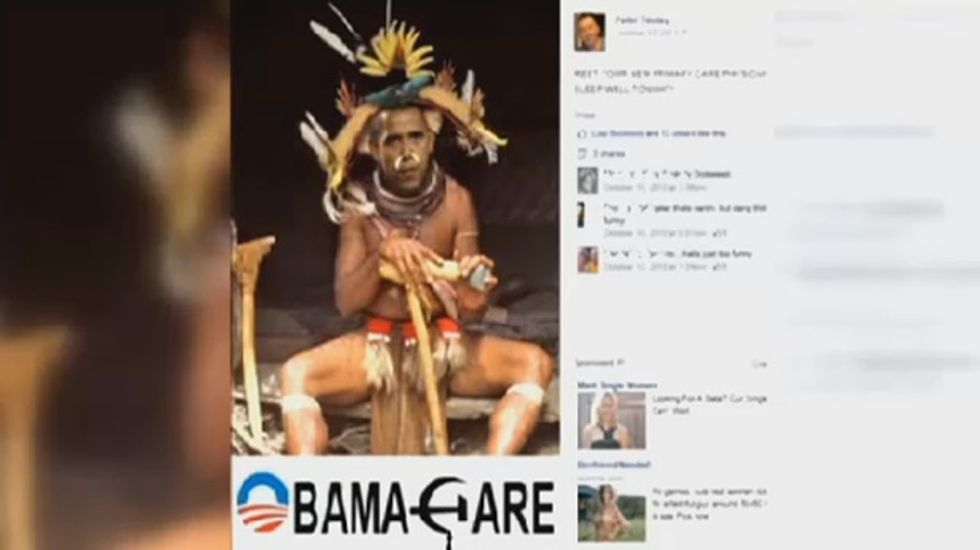 "We want to see some positive outcomes and that really validates an individual's apology," Robinson continued. "We are looking for the same thing that the church would be looking for and that is healing and restoration."

Tinsley apologized on Monday, saying that "at one time, I was a very active Republican, very opposed to Obama. I want people to know that I am very remorseful for it. It was inappropriate. I believe I got caught up in an emotional moment of sharing jokes. It seemed funny at the time but today it's very serious and it's not funny at all."

Poplar Bluff Republicans were not happy with apology. "It even got more intense when he proceeded to blame the republican party for him thinking like that," said the chairman of the Butler County Republicans, Eddy Justice. "Republicans believe everyone should be judged on their qualifications, on their ability."

Tinsley then apologized again, this time to the Republican party. "Anything that I have said, that I referred to the activity because I was a Republican, that is not true," he said. "It's not an excuse."

Watch a report on Tinsley's posts via KFVS below.