MO grandmother guilty of killing husband decades ago, burying body in mine shaft 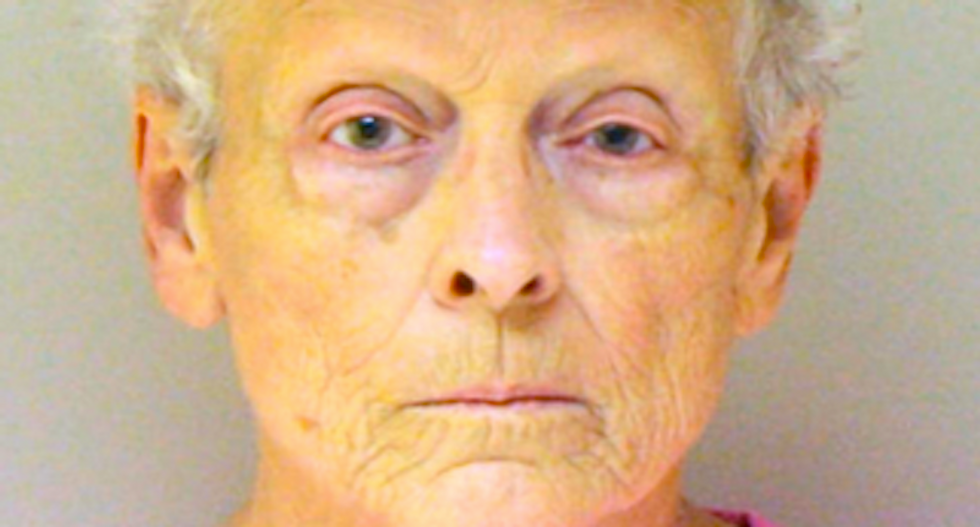 A Missouri woman convicted of killing her husband four decades ago and burying his body in an abandoned Wyoming gold mine was sentenced to life in prison by a Wyoming judge on Monday, a prosecutor said.

Laramie County District Attorney Scott Homar had sought a minimum of 20 years in prison for Alice Uden, 75, of Chadwick, Missouri, while her lawyer argued for a suspended sentence that would see her get probation. But the state judge opted for life.

Uden, who ultimately remarried and was living quietly in Missouri when she was arrested a year ago, was found guilty in May of second-degree murder in the shooting death in Wyoming in 1974 or 1975 of Ronald Holtz.

She was arrested alongside her second husband, Gerald Uden, who was himself convicted last year of the 1980 killing of his ex-wife and her two young sons, and sentenced to life in prison. Court documents do not explain if there was any connection between the murders of their spouses and their later marriage.

Prosecutors said Alice Uden used a rifle to shoot her first husband of several months in the back of the head while he slept, but defense attorneys argued she killed him after he flew into a rage and threatened to harm her toddler daughter.

The defense on Monday urged the court to consider the message it was sending to society in handing down a punishment for a woman who was old and sick and had killed her abusive husband in self-defense, according to Homar.

“I told the court the message we don’t want to send to society is that you cover up a crime long enough and you’ll get away with it with very little punishment,” he said.

Allegations about Holtz’s death emerged during a probe by a Wyoming cold case team into the disappearance of Gerald Uden's ex-wife, Virginia, and her sons.

A witness in that investigation said Gerald Uden's current wife, Alice Uden, had confessed to shooting Holtz, stuffing his body into a barrel and burying it in an abandoned mine on Wyoming ranchlands.

Alice Uden divorced Holtz in 1975 in a default judgment after he could not be located. Wyoming authorities recovered his remains last August and found he had died of a gunshot to the head.

Alice Uden’s attorneys did not immediately respond to a request for comment on Monday.

Mental health expert: Donald Trump is like a serial killer who remains a great danger to society

The House Jan. 6 committee's public hearings have made it increasingly clear that Donald Trump and his confederates attempted a coup to nullify the results of the 2020 presidential election and, in effect, end American democracy. The coup plot involved every branch of government including the courts, Congress, the Department of Justice and (at least potentially) the military. It was nationwide and included plans to rig the Electoral College results and alter actual vote totals at the state level. Contrary to what too many public voices have continued to suggest — in a collective state of willful denial — Trump's coup plot was highly sophisticated and came very close to succeeding.

It is equally clear that the Capitol attack of Jan. 6 was not spontaneous or purely coincidental. Donald Trump and his confederates welcomed and incited the lethal attack as a central element of the attempted coup. The violence of Jan. 6 appears to have been a pretext for Trump to invoke the Insurrection Act and declare a national emergency as a means of remaining in power indefinitely.

'She knew what Brett Kavanaugh was going to do!' Morning Joe calls out Susan Collins over abortion ruling

Kavanaugh and other justices assured senators during their confirmation that they believed Roe v. Wade was a settled matter, but then signed on with the majority in last week's ruling that struck down the landmark abortion rights ruling, and Klobuchar said she was outraged.

During a CNN panel discussion on Friday's controversial Supreme Court ruling that reversed Roe v Wade, conservative contributor S.E. Cupp predicted doom for the Republican Party for their part in taking away a right from women.

Speaking with hosts John Berman and Brianna Keillar, Cupp -- who claimed she is pro-life -- said the generations of women will remember which political party denied them their bodily autonomy.