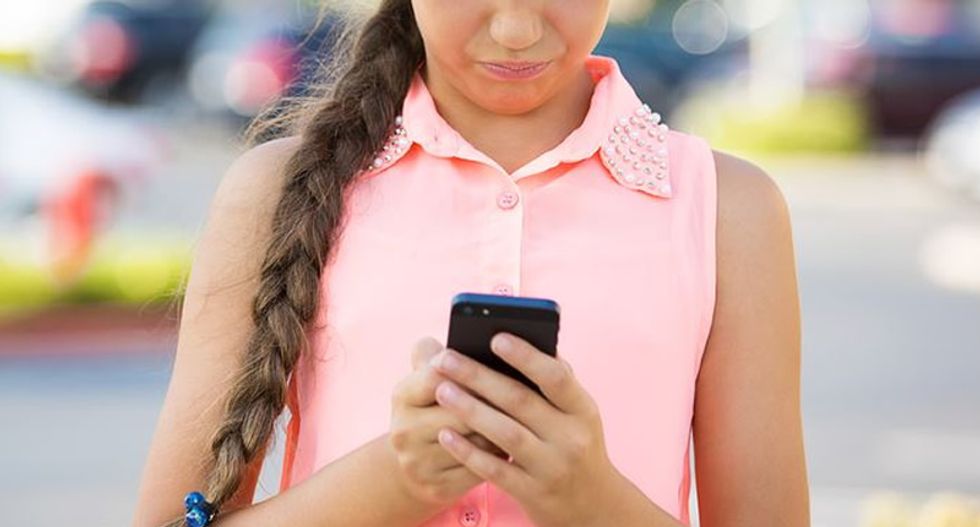 A Virginia mother turned her 13-year-old daughter over to police after she found nude images of the teen on her phone and tablet, CBS 6 News reports.

The Dinwiddie, Virginia mother -- whose name will not be revealed, to protect her daughter's identity -- said that she discovered the images after she found her daughter using her phone and tablet at 4 a.m. last week. She confiscated the eighth grader's electronics and began to look through the recent activity, where she found photographs both of her daughter and her peers.

"Looking through the phone and the tablet we did find sexual pictures, conversations that were very inappropriate for her age," she told CBS 6 News.

She then took the drastic step of turning her daughter in to sheriff's department. "We did this now to protect her for now and in the future, because this could get worse. She could be taken," the teen's mother said. "What she’s facing may be harsh, but we feel it’s for her own protection."

Many of the images on the teen's tablet -- as well as the recipients of many of her messages -- were fellow high school students that her mother believes may be 18-years-old, if not older. "We believe them to be 17-18ish," she said. "Definitely older than her. Did they request that they have sex?"

The Virginia Commonwealth’s Attorney Lisa Caruso said that it's not a foregone conclusion that the underage teens will be dealt with by the courts. There is "[w]hat’s called diversion in the juvenile justice system," she said. "That’s a 12 week program and it would be group classes. The parents would get involved [and] there would be some counseling."

"What scares me is, this is much bigger than we realize. How many others are doing this and you don’t realize it," the mother told CBS 6 News.

Watch a report on the incident via CBS 6 News below.