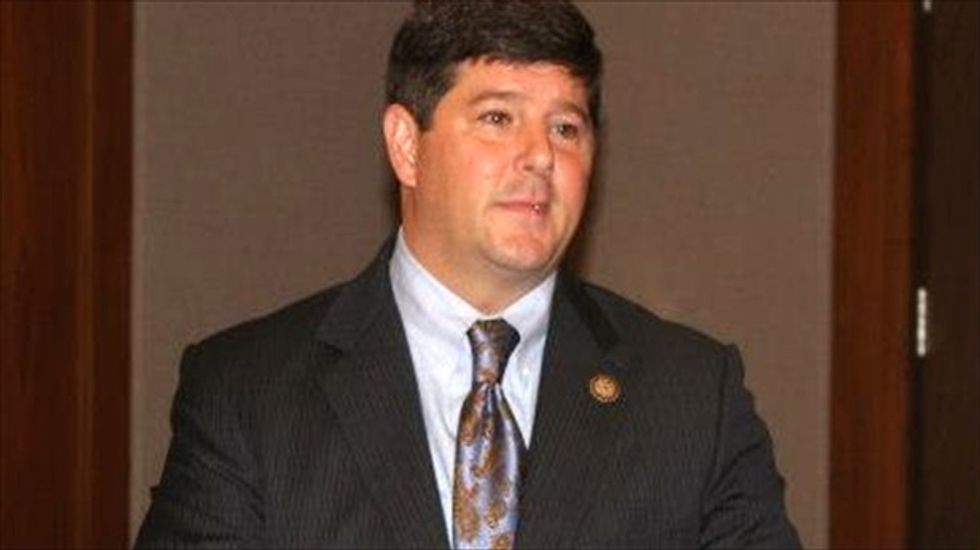 A Mississippi Tea Party Republican congressman sent Bibles donated by a constituent to every member of Congress, Talking Points Memo reported on Monday.

Rep. Steven Palazzo (R-MS) included a letter sent on his official masthead with each copy of the Bible, saying the gift was intended to help his colleagues with their decision-making.

"On a daily basis, we contemplate policy decisions that impact America's future. Our staffs provide us with policy memos, statistics, and recommendations that help us make informed decisions," the letter stated. "However, I find that the best advice comes through meditating on God's Word."

Palazzo's gift was quickly criticized by Barry W. Lynn, executive director of Americans United for Separation of Church and State.

"When it comes to religion, our nation is pluralistic and diverse," Palazzo told TPM. "Rather than look to the Bible or any other religious book to craft our nation's public policy, we would do well to examine another source instead, one that was actually created to guide governance. It's called the Constitution."

Rep. Keith Ellison (D-MN), who is Muslim, reportedly sent Palazzo a thank-you letter in response to the Bible.

Last fall, Palazzo -- who voted in favor of the spending bill that precipitated the federal government shutdown -- and Rep. Steve King (R-IA) joined Sen. Tom Harkin (D-IA) convinced officials at the World War II Memorial in Washington D.C. to open the facility for a visiting group of veterans. Palazzo himself reportedly opened the gate, though it's unclear whether he had permission to do so.