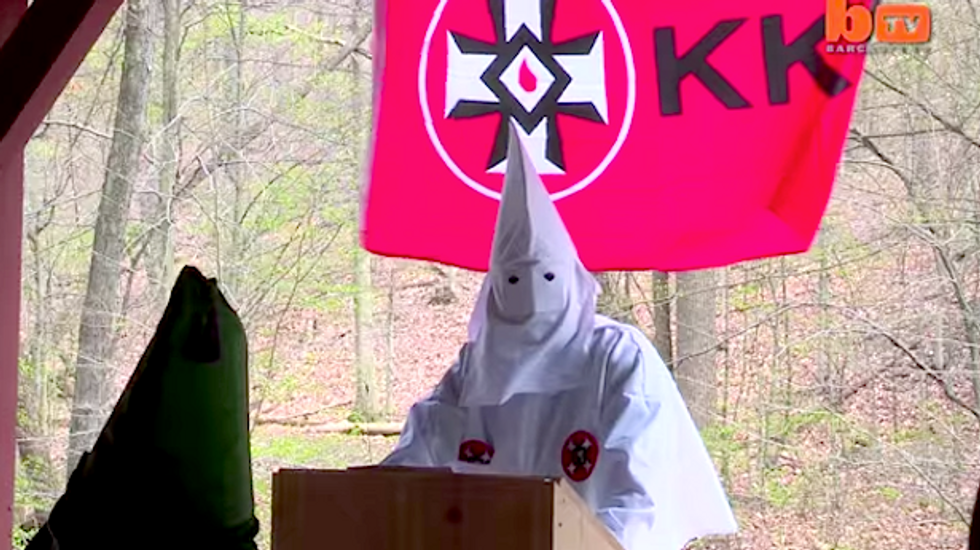 A street in Fair Bluff, North Carolina will be renamed after research indicated that it was named for a former leader of the Ku Klux Klan, WCET reported Wednesday.

"E Brooks Street" does not, as many in the community had thought, stand for "East Brooks Street," but for "Early Brooks Street," meaning it was named after a notorious Klan leader who spent time in federal prison on charges related to a flogging he and eight of his Klan compatriots performed in 1951.

Brooks and two other Klansman invaded the home of Dorothy Martin's mother and forcibly took Martin and her Ben Grainger from it. They then transported the couple across state lines, into South Carolina, where they were joined by five other Klansmen and whipped them for "crimes" ranging from adultery, failure to attend church, and illegally distilling whiskey.

In February of 1952, agents from the Federal Bureau of Investigation arrested Brooks in connection with the whipping, and he was eventually sentenced to five years in prison for kidnapping and assault.

A documentary about the Klan's presence in the Carolinas noted that Brooks was "the ideal lieutenant, an aggressive man who could do the Klan's dirty work while the grand dragon kept clean as the public face of the KKK."

Local resident Henry Bullock approached Councilwoman Clarice Faison last year about the street's name, telling her that he remembered Early Brooks. "He was really mean. He was really tough," Bullock said. "Catch us out here in the street at night, certain time of the night, we had to run. It was the Ku Klux Klan."

The Fair Bluff City Council voted to rename the street after the late Mr. Willie James Goodman, who lived on the street for a number of years.