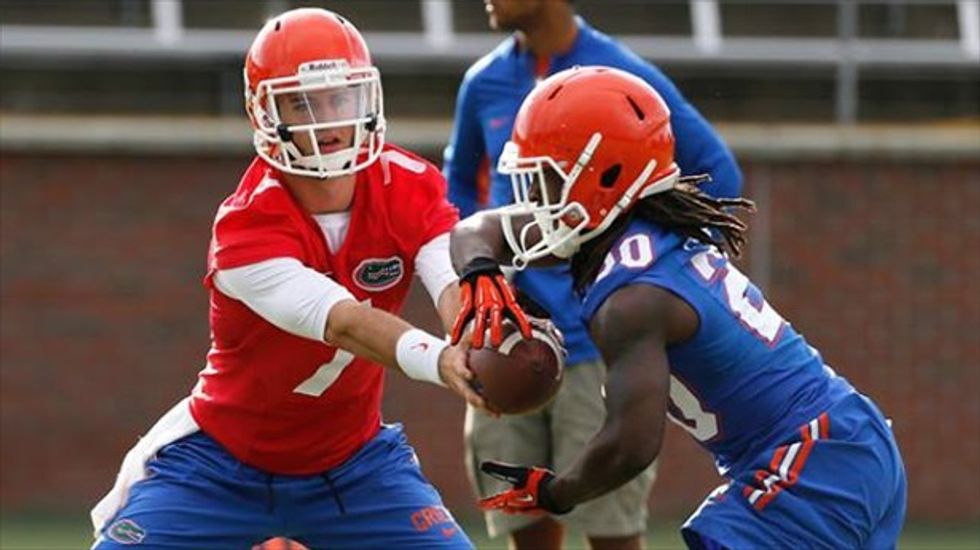 (Reuters) - U.S. college sports took a first step in addressing broad criticism about treatment of student-athletes with a vote Thursday to grant some autonomy to rich athletic conferences, a tacit acknowledgement of their unrivaled economic clout.

The new structure among the five biggest conferences hands them broader authority to set their own rules and could potentially pave the way for the 65 universities to offer compensation to student-athletes.

The National Collegiate Athletic Association's Division I board of directors approved the measure that would let the so-called power five - the Atlantic Coast Conference, Big 10, Big 12, Pac-12 and Southeastern Conference - self-govern in areas such as scholarships, insurance and travel for athletes' families.

The conferences and the NCAA have faced legal, political and public pressure to share its billions in revenue they generate from amateur athletes and guarantee them stronger benefits.

"The new governance model represents a compromise on all sides that will better serve our members and, most importantly, our student-athletes," NCAA President Mark Emmert said in a statement.

The roughly 50,000 student-athletes would also get a voice in how rules are created under the new self-governing structure, but they would not have enough votes to hold up new regulations.

The new structure addresses the decades-old struggle between the richest conferences and the rest of the NCAA member schools over revenue generated in particular by football and men's basketball.

"Part of what's driving this is an effort to come to grips with a dramatically different college sport ecosystem," said Ellen Staurowsky, a sports management professor at Drexel University.

"For the power five conferences, this is a mass-entertainment industry."

'AFTER A LOT OF PRESSURE'

Less powerful Division I schools have complained that the new model increases the gap between the have and have-nots. But the wealthy conferences have also grown frustrated with other colleges' resistance to adopt costlier changes, such as increased scholarship funds.

The NCAA, which does not allow students to earn money for their athletic performance, has been sued by former and current athletes in U.S. court seeking a share of profits.

Scholarship football players at Northwestern University near Chicago are also fighting for the right to unionize and collectively bargain in a closely watched matter.

"It is important to note this has come after a lot of pressure," Ramogi Huma, a former football player and now president of the National College Players Association, said about Thursday's vote.

The NCAA grosses roughly $770 million per year in media rights for its annual Division I men's basketball tournament, known as March Madness, which are then shared with member schools.

The richest conferences, however, generate billions of dollars each year exclusively for themselves through media contracts and their own cable TV networks, primarily on the popularity of football and men's basketball.

They are expected to consider easing regulations on agents, recruiting and instituting a "cost of attendance" scholarship and other guarantees that would help cover living costs for athletes that are not currently offered.

The majority of college athletes do not go on to play professionally and critics say the NCAA's current scholarship policy short-changes athletes who risk injury and devote many hours to practice sessions, travel and competition.

Many NCAA practices date back to a time when college athletics were not the multibillion-dollar business they are today. At the same time, students have become more vocal about the shortcomings of the system as they see it.

One contentious issue often cited by critics concerns scholarship athletes who lose financial support after suffering career-ending injuries while playing for the school.