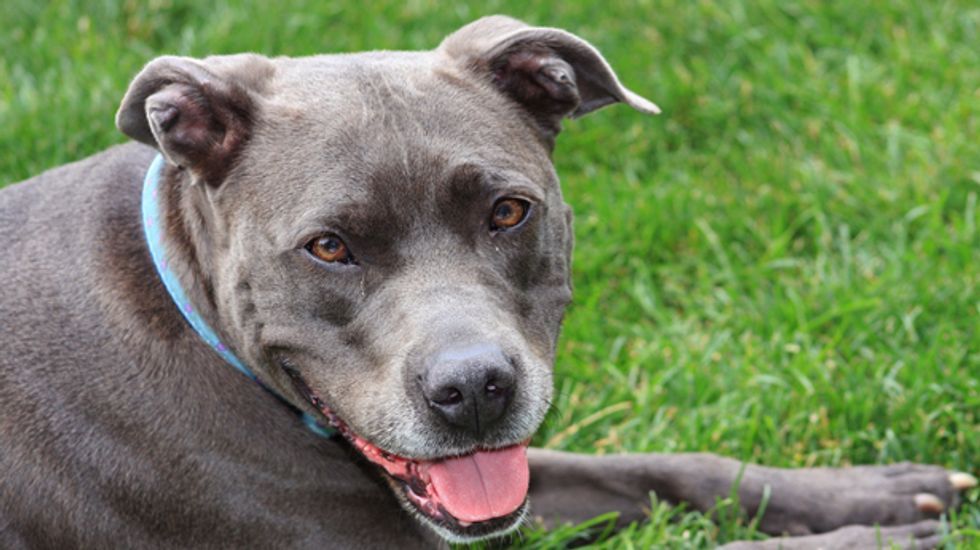 ALBUQUERQUE N.M. (Reuters) - A New Mexico man almost lost his genitals to a dog bite when a 90-pound (40-kg) mixed breed pitbull attacked his eight-year-old daughter and he intervened to rescue her, police said on Sunday.

Authorities say the dog, named Stitches, bit the girl in the face on Saturday, puncturing the child's cheek. Her 35-year-old father, who was not named, moved quickly to save her.

Police say it then attacked him, latching onto his groin.

"When we got on the scene the man was bleeding severely and holding his groin," said Albuquerque Police Department spokesman Simon Drobik, who was among the officers that responded.

"It was really bad."

He said fire department paramedics rushed the man to the University of New Mexico Hospital, where his wounds were listed as severe lacerations and partial detachment of the genitals.

The eight-year-old was treated at the scene and released to her mother. The family told police they recently inherited the house and Stitches from the man's grandfather, who passed away. They said they had only moved in three days before the attack.

Animal Control officials removed the dog from the property. They said it will be held for 10 days during which the family can reclaim it, otherwise it will be put up for adoption.