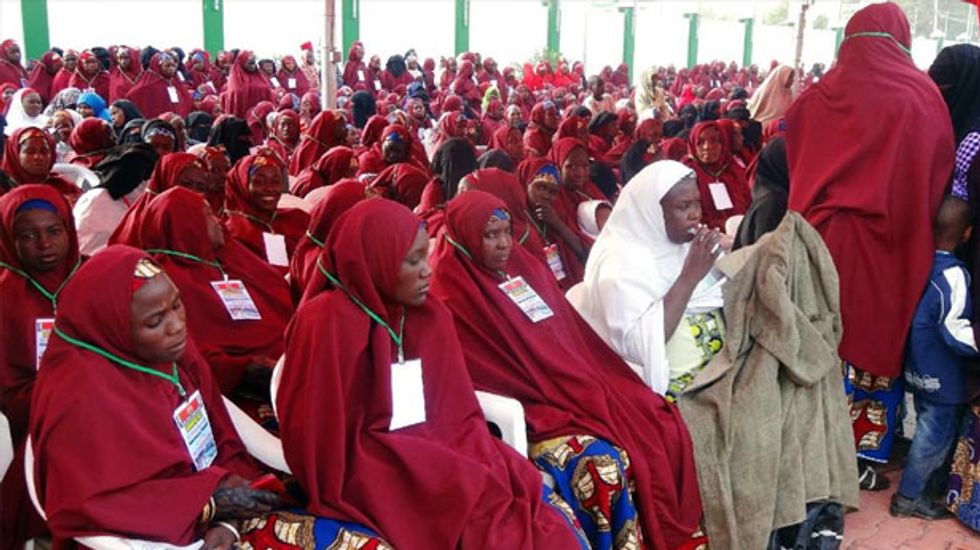 A Nigerian court on Monday postponed the murder trial of a 14-year-old girl accused of poisoning the 35-year-old man she was forced to marry, a case that has thrown the spotlight on the influence of Islamic law in region.

Wasila Tasi'u has also been charged with the murder of three others who allegedly ate the food laced with rat poison that she prepared and served in April this year, a week after her marriage to Umaru Sani.

"Wasila was to appear today," but the case has been postponed indefinitely because of a backlog caused by a judicial staff strike, said Salisu Yakubu, registrar at the High Court in town of Gezawa.

Police say Tasi'u confessed to poisoning Sani and his guests at the wedding party in the village of Unguwar Yansoro village, about 60 kilometres (40 miles) outside Nigeria's second city of Kano.

"She did it because she was forced by her parents to marry a man she did not love," Kano state police spokesman Musa Magaji Majia told AFP.

Her lawyer Hussaina Aliyu rejects claims that her client made a legally valid confession.

She said Tasi'u was questioned by police without a parent or lawyer present and so any comments she may have made are inadmissable in court.

Aliyu, who works with International Federation of Women Lawyers (FIDA), has sought to have the case transferred to a juvenile court, a bid rejected by justice officials in Kano.

"All we are saying is do justice to her. Treat the case as it is. Treat her as a child," Aliyu said.

The marriage of teenage girls to much older men is rampant in deeply conservative, mainly Muslim northern Nigeria, especially in poorer rural areas.

The region has since 2000 been under sharia Islamic law which some say does not prohibit the marriage of underage girls.

Under Nigeria's marriage act, which applies nationwide, a woman under the age of 21 who wants to marry must have the consent of her parents.

With that consent there is no minimum marrying age, including in the Christian south, "which is very, very unfortunate," said human rights lawyer Festus Keyamo.

But cases of underage marriage are rare in the south, and the Tasi'u case has called attention to the confusing hybrid legal system in the north, where the secular criminal code is unevenly applied as police and prosecutors try to strike a balance with sharia provisions.

Jiti Ogunye, another rights lawyer, said sharia was irrelevant in the Tasi'u case.

"A girl of 14 cannot stand trial under the criminal code. This case is just adding to our country's negative reputation in the eyes of the international community," he told AFP.

He called on Kano authorities to immediately dismiss the charges and start treating Tasi'u as a victim, noting the possibility she was raped by the man she was ordered to marry.

"Rather than talking about making her liable for an alleged crime, Kano state should be rehabilitating her. She is a victim," he added.

The issue of child marriage has been fiercely debated in Nigeria over the past year, sparked by a proposal from a northern lawmaker that any girl, regardless of her age, should be legally considered an adult with full citizenship rights.

The senator who floated the proposal, Ahmed Yerima of Zamfara state, had reportedly married a 13-year-old Egyptian girl and wanted her to become a Nigerian citizen.

The measure from Yerima, also an ex-governor of northwestern Zamfara, has not become law, but the proposal was intensely criticised by activists who say Nigeria should not permit any application of sharia, even in the north.

Defence lawyer Aliyu said the case should not be a debate about youth marriage in a Muslim society.

She supported Ogunye's argument that regardless of religion or region, a child cannot face criminal charges in a high court and the case must be moved to the juvenile system.

"She is still a child," the lawyer said.