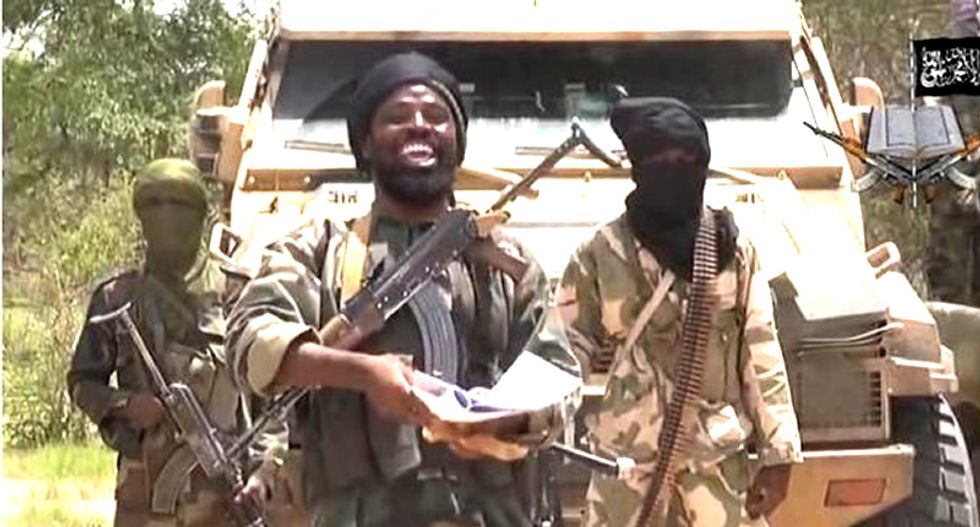 Boko Haram's leader said a northeast town seized by the insurgents earlier this month has been placed under an Islamic caliphate, in a video obtained by AFP on Sunday.

"Thanks be to Allah who gave victory to our brethren in (the town of) Gwoza and made it part of the Islamic caliphate," Abubakar Shekau said in the 52-minute video.

In a July video, Shekau voiced support for the leader of the Islamic State (IS) militants Abu Bakr al-Baghdadi, who in late June declared himself "the caliph" and "leader of Muslims everywhere".

But there was no indication from Shekau in the latest video that he was associating himself with Baghdadi, whose Sunni Muslim fighters have taken over parts of Iraq and Syria.

As such, it was not clear if Shekau was declaring himself to be a part of Baghdadi's call or if he was referring to a separate Nigerian caliphate.

In the 19th century, a Sokoto caliphate was proclaimed across most of modern-day northern Nigeria and was considered separate from other Islamic kingdoms, such as the Ottoman Empire.

Shekau -- who has been designated a global terrorist by the United States and sanctioned by the UN Security Council -- is shown in the video wearing military fatigues, with a Kalashnikov rifle strapped to his body.

He alternates between Arabic and the Hausa language that is dominant in the region.

He is pictured standing in front of three SUVs and flanked by four fighters, who are masked and armed. It is not clear when or where the video was filmed.

There was no indication that Shekau was actually in Gwoza for the filming and his whereabouts remain unknown but he vowed that his fighters would keep control of the area.

"By the grace of Allah we will not leave the town. We have come to stay," he said.

Boko Haram is also believed to be in control of other areas near Gwoza in southern Borno, as well as large swathes of territory in northern Borno and at least one town in neighbouring Yobe state.

Mapping the precise areas which have fallen into Islamist hands is nearly impossible.

There are few humanitarian workers on the ground in the northeast, travel is dangerous and the region, which has been under a state of emergency since May of last year, has poor mobile phone coverage.

Experts have described Boko Haram's gains in recent weeks as unprecedented, saying the group was closer than ever to achieving its goal of carving out a strict Islamic state across northern Nigeria.

But many analysts believe the military still has the capacity to reverse the insurgents' advance.

A major offensive launched when emergency rule was declared in May last year appeared to put the militants on the defensive, flushing them out of their strongholds.

But critics say top brass failed to sustain the pressure and allowed the Islamists to retake some of the areas they had abandoned.

A lack of adequate weapons for troops sent to fight the well-armed rebels has hampered the counter-insurgency and some soldiers this week refused to deploy to Gwoza without better gear in an apparent mutiny.

After Shekau's 25-minute speech, the video shows militant fighters on pick-up trucks firing rocket-propelled grenades and other heavily armed insurgents firing weapons as they walk calmly along the road.

The footage appears to show them taking over a military base, stealing weapons and hundreds of rounds of ammunition as well as fuel cans.

In one frame, a fighter stands on top of a tank, waving the Islamists' black flag.

The end of the video apparently depicts scenes of grisly executions, similar to those released by IS in recent weeks. Boko Haram have used similar tactics before, however.

In one scene, about 20 men in civilian clothing are shown with their hands tied behind their backs and lying by the roadside before they are shot at close range.

A second shows two men, whom Shekau said disguised themselves as women to escape the town, beaten to death with shovels. Two others similarly dressed are shot beside what appears to be a trench full of bodies.