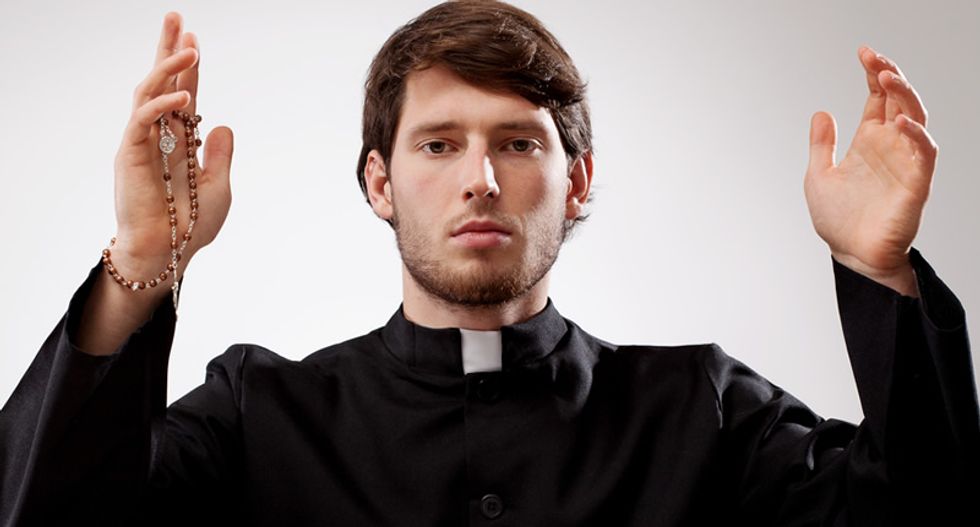 In the wake of the Supreme Court ruling in its favor, the town of Greece, New York issued a new policy that will bar atheists from delivering opening invocations at city functions, the Center for Inquiry (CFI) reports.

According to the new policy, "[t]he invocation shall be voluntarily delivered by an appointed representative of an Assemblies List for the Town of Greece." That list will be compiled by the clerk of the town board, and will consist of "assemblies with an established presence in the Town of Greece that regularly meet for the primary purpose of sharing a religious perspective."

This policy dictates that no group lacking a "religious perspective" will be allowed onto the "Assemblies List," which means that speakers who lack such perspectives will not be eligible to deliver opening invocations. The "Assemblies List" will consist of "all ‘churches,’ ‘synagogues,’ ‘congregations,’ ‘temples,’ ‘mosques’ or other religious assemblies in the Town of Greece" -- meaning that the policy specifically excludes anyone who does not participate in a "religious assembly" from delivering an opening invocation.

The Town Board justified its decision by noting that "our country's Founders recognized that we possess certain rights that cannot be awarded, surrendered, nor corrupted by human power, and the Founders explicitly attributed the origins of these, our inalienable rights, to a Creator." The policy does not "show a purposeful preference of one religious view over another," because it does not permit "the faith of the person delivering the invocation to be considered when extending an invitation[.]"

However, it does require that the person invited have a faith, which as the Center For Inquiry's CEO Ronald A. Lindsay noted, "in effect, bar[s] the nonreligious from delivering invocations." Lindsay also noted that in the town's decision violated the spirit of the Supreme Court ruling, in which Justice Kennedy, writing for the majority, wrote that he hoped Greece "would welcome a prayer by any minister or layman who wished to give one."