Obama expresses concern for Gaza residents but 'no sympathy for Hamas' 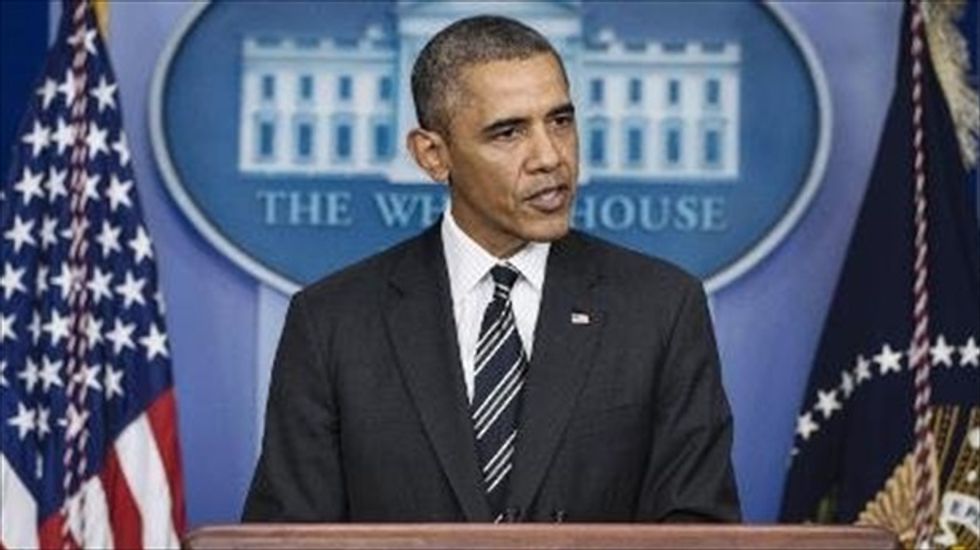 Washington (AFP) - U.S. President Barack Obama said Wednesday that the people of Gaza need greater hope for the future, as he urged the extension of an Israel-Hamas ceasefire.

"The U.S. goal right now would be to make sure that the ceasefire holds, that Gaza can begin the process of rebuilding," Obama told a news conference.

Similarly, Israelis need to "feel confident that they're not going to have a repeat of the kind of rocket launchers that we've seen over the last several weeks," Obama said.

Obama said that the United States was supporting ceasefire talks but said: "Long-term, there has to be a recognition that Gaza cannot sustain itself permanently closed off from the world."

Ordinary Palestinians living in the impoverished, blockaded Hamas-ruled territory need to "have some prospects for an opening of Gaza so that they do not feel walled off," Obama said.

Obama reiterated his concern over civilians killed in the conflict, which has left dead 1,875 Palestinians and 67 on the Israeli side. His stance has drawn unusually sharp rebukes from hardliners in Israel.

Obama insisted he has "consistently supported Israel's right to defend itself" and repeatedly castigated Hamas, saying that the militant group has acted "extraordinarily irresponsibly" by launching rockets into Israel.

"I have no sympathy for Hamas. I have great sympathy for ordinary people who are struggling within Gaza," Obama said.