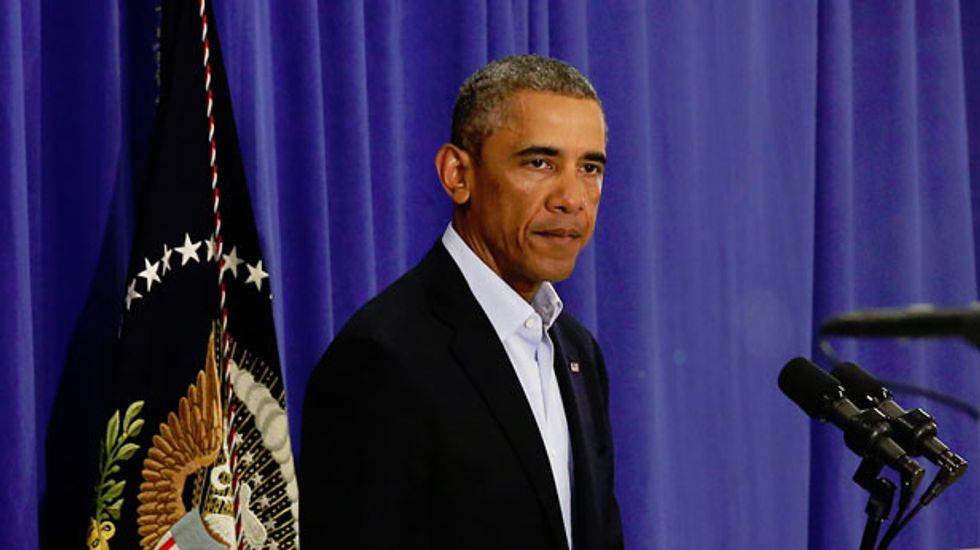 By Steve Holland and Elizabeth Barber

EDGARTOWN Mass. (Reuters) - President Barack Obama on Wednesday vowed that the United States will not be swayed from airstrikes against Islamic State after the group beheaded an American journalist, an act he said is proof that the militants stand for no religion.

Obama's response to the execution of James Foley marked his strongest condemnation yet of Islamic State militants, and he gave no sign of a pause in U.S. targeting of militant positions in Iraq.

"The United States of America will continue to do what we must do to protect our people. We will be vigilant and we will be relentless. When people harm Americans, anywhere, we do what's necessary to see that justice is done," he said.

Obama's remarks, to reporters covering his vacation on the island of Martha's Vineyard, came shortly after the White House announced that a video showing the beheading of Foley had been authenticated by the U.S. intelligence community.

The beheading appeared to mark a turning point in the growing U.S. focus on Islamic State as a potential threat to American interests, but whether it will lead to an intensified bombing campaign was not yet clear.

The United States has launched dozens of airstrikes against Islamic State targets in order to protect the religious minority Yazidis in Iraq and prevent the takeover of the Mosul Dam out of concern that a breach in the structure could end up flooding Baghdad, where the U.S. embassy is situated.

Obama's remarks carried a tough message about the Islamic State's harsh penalties against anyone who does not agree to accept its brand of Islam.

He said militants have rampaged across cities and villages, abducted women and children and subjected them to torture and rape and killed Muslims, both Sunni and Shia, by the thousands.

"No just God would stand for what they did yesterday and what they do every single day," he said.

"Their ideology is bankrupt. They may claim, out of expediency, that they are at war with the United States or the West, but the fact is, they terrorize their neighbors and offer them nothing but an endless slavery to their empty vision and the collapse of any definition of civilized behavior," Obama said.