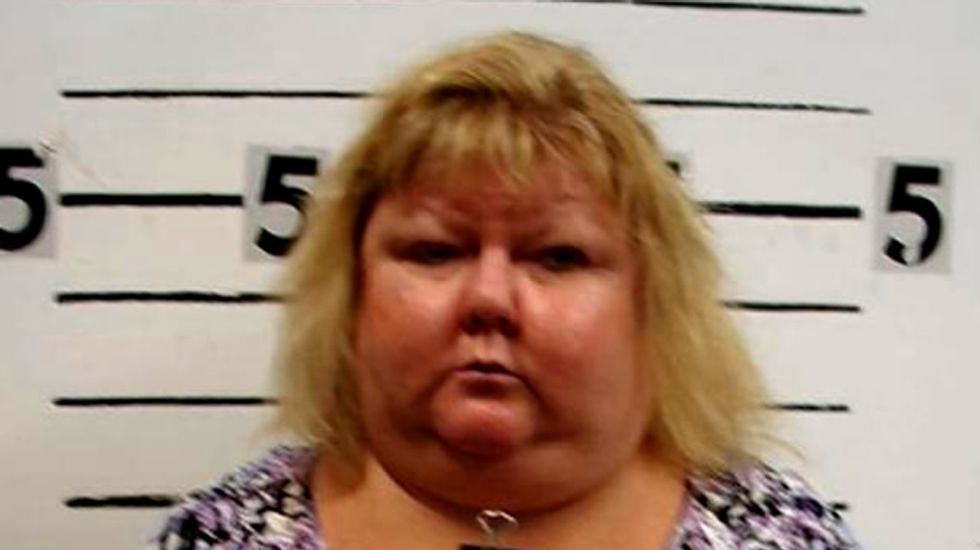 Police in Wagoner, Oklahoma arrested a high school teacher for public intoxication after she showed up to the first day of school drunk and removed her pants, KOKI reports.

Lorie Hill, who had just been hired to teach at Wagoner High School, allegedly arrived on the campus, failed to check in at the office, then went into an empty room and claimed it as her own.

Fellow teachers say the 49-year-old then removed her pants. Because she was new, many of her co-workers didn't know who she was, so they contacted police, saying that there was a drunk woman with no pants an occupying an empty classroom.

When police arrived, they found an open bottle of vodka in her car. She was not arrested for driving under the influence, however, because there is no evidence that she consumed the alcohol at her house in Claremore and then drove to the school in Wagoner.

"When our officers interviewed her she did admit to having had some vodka yesterday morning before she came to school," Wagoner Police Chief Bob Haley told KOKI.

The school district refused to speak to KOKI about the incident, saying that it won't comment on unresolved personnel matters.

Hill was arraigned and released from police custody on Tuesday.

Watch a report on Hill from KOKI below.