Paris relives the joy of liberation, 70 years on 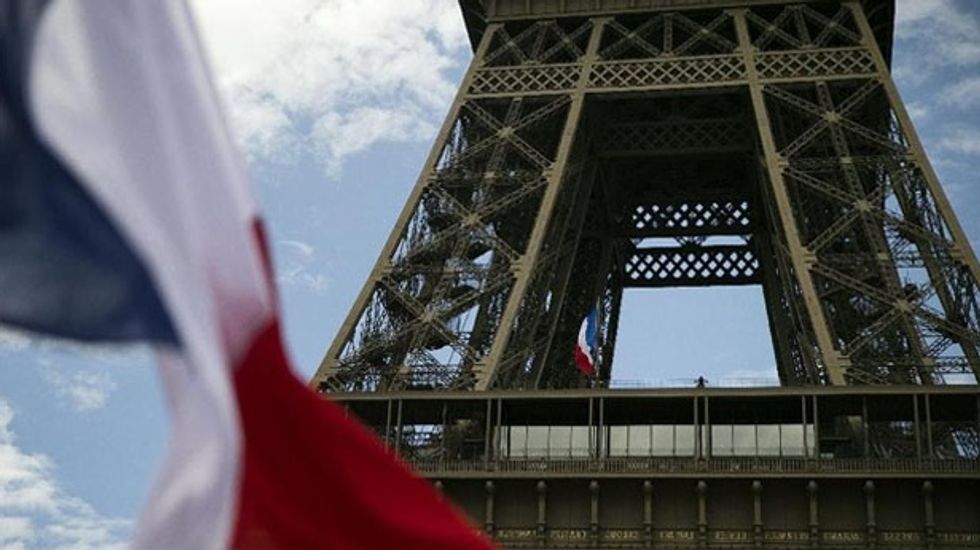 "Paris! Paris outraged! Paris broken! Paris martyred! But Paris liberated! Liberated by itself. Liberated by its people..." The words of Charles De Gaulle to an ecstatic crowd cheering the capital's liberation from Nazi occupation after four long, painful, bitter years.

It was August 25, 1944, and after six days of skirmishes between French Resistance fighters and a demoralised Nazi occupying force, French and American armoured units burst into Paris to assure its liberation -- an event marked all this week in the city.

Francois Hollande was expected to lead 70th anniversary tributes on August 25 to the few surviving veterans of the liberation, in the knowledge that many of them, now in their 90s, will not live to see the 80th anniversary.

Men like Fred Moore, now 94, who told AFP of that historic day in 1944 when he lost a friend but gained a wife.

"It was a beautiful day and when we went through the Porte d'Orleans (in southern Paris), there were already crowds cheering us on from the pavements and clambering up on our tanks whenever we stopped," he recalled.

Moore was part of the French 2nd Armoured Division, whose mission was to blast its way to the Eiffel Tower.

He cherishes the memory of one of his junior officers, Pierre Deville, who celebrated his 20th birthday that day. At the Porte d'Orleans, he joyfully telephoned his parents to say "I'm coming home". Hours later, he was dead.

But shortly afterwards there was a happier event, as Moore bumped into the young woman who, eight months later, would become his bride.

"We got talking, then I had to go away for 15 minutes to hand out some orders. I headed back towards her and a young female press officer from the US Army rushed up to kiss me," he recalled.

"She got a hell of a slap from my future wife," he chuckled.

The liberation of Paris, by French troops, allowed France to "wipe out the shame and humiliation" of the years of occupation after 1940, said historian Christine Levisse-Touze, but the Allied high command took some persuading.

Scarred by devastating losses on the Normandy beaches and mindful of the slaughter in other cities such as Warsaw and Stalingrad, Allied top brass were hesitant about liberating Paris, preferring to concentrate on securing northern ports.

American General Omar Bradley wrote in his memoirs that Paris was "nothing more than an ink spot on our maps to be bypassed as we headed toward the Rhine".

But De Gaulle succeeded in persuading Allied military chief General Eisenhower that Paris must be retaken, and retaken intact.

The liberation started in classic French fashion: with a general strike. Then, on August 19, up to 3,000 police officers retook their old headquarters, starting a domino effect that would see several official buildings fall into the hands of the Resistance.

The Nazi military governor of Paris, General Dietrich von Choltitz, negotiated a shaky truce with the Resistance that failed to hold, but famously disobeyed Hitler's orders to destroy the capital's monuments and bridges.

On August 25, as Allied troops flooded into the city, Choltitz signed his capitulation at Gare Montparnasse.

The losses were minimal for an operation of its size. The French second armoured division lost 156 men, the American fourth division none at all. Around 1,000 Resistance fighters, including 175 police officers died. Historian Levisse-Touze puts German losses at around 3,200 men.

The next day, De Gaulle would march down the Champs-Elysees roared on by a million people. "It was a sea! An immense crowd through which I passed calmly, but full of emotion," he would later write.

But the joy of liberation quickly gave way to the fury of revenge.

French women accused of "horizontal collaboration" -- sleeping with the enemy -- were beaten and had their heads shaved.

"After the euphoria started the revenge. Women were shaved in the middle of the street. The purge was terrifying. There was a terrible feeling of hate," said Henriette Morel, 23 at the time.

Jean Bouzom, who was only six, also carries with her the "atrocious memory" of the "shaved women, with swastikas on their skulls".

"That really shocked me. These women were the same age as my mother."

For historian Levisse-Touze, the liberation of Paris allowed France "to take its seat among the victors".

"It was a highly significant moment even if it was far from being the end of the war," she said.