Paul Ryan: If there is government shutdown this year, blame the Democrats 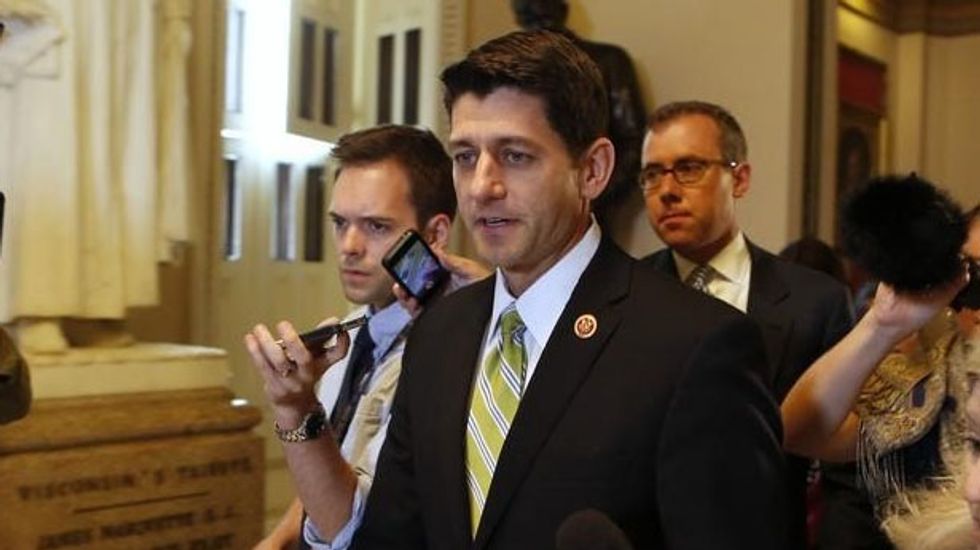 WASHINGTON (Reuters) - U.S. Representative Paul Ryan expects his Republican Party to avoid a U.S. government shutdown this year, he told a Washington newspaper, saying he thought they would fund federal agencies through the upcoming elections.

"If for some reason the Democrats don't take that, then they will clearly have shut the government down," said Ryan.

Ryan, who was the Republican vice presidential candidate in 2012, is often mentioned as a potential U.S. presidential contender in 2016. His new book, "The Way Forward: Renewing the American Idea," was released this week.

The U.S. government was closed for more than two weeks in 2013 after lawmakers failed to extend its funding. House Republicans took most of the public blame because they refused to approve the spending unless Democrats agreed to defund President Barack Obama's signature healthcare law.

Ryan said on Wednesday that Republicans do not want another shutdown that would threaten their popularity heading into the midterms, when the entire House and one-third of Senate seats are up.

He also said lawmakers would likely extend the life of the U.S. Export-Import Bank until after the midterm elections. Its charter is currently set to run out at the end of September.

Many House conservatives have said the bank's activities supporting exports through direct loans and credit insurance belong in the private sector. They also say the bank mainly benefits big businesses such as Boeing and Caterpillar.

Democrats, on the other hand, say the bank supports middle-class manufacturing jobs and helps many small businesses.

Ryan said the Ex-Im Bank would likely get a short-term reauthorization so lawmakers could agree on reforms, such as lowering its lending cap.

Business groups have endorsed a temporary extension to keep the Ex-Im Bank operating past September.