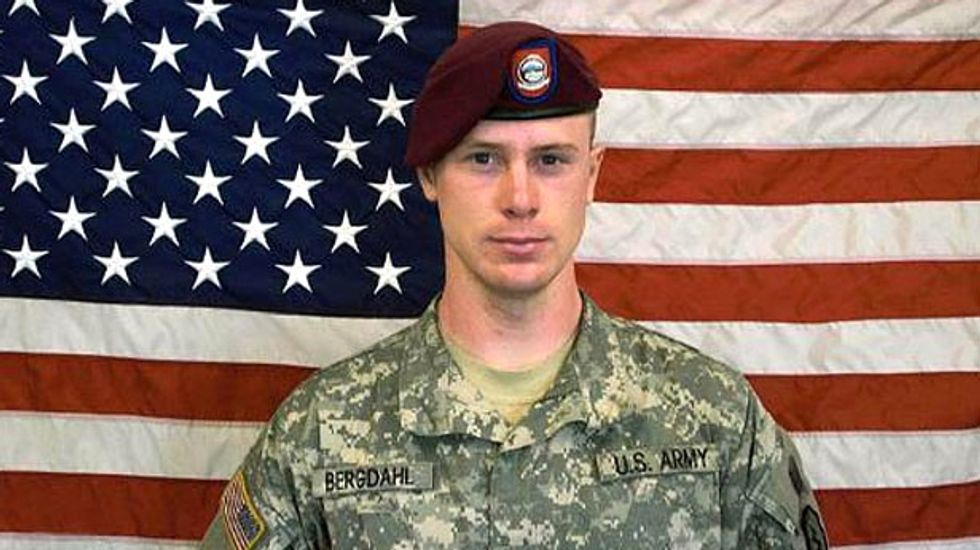 The Pentagon violated US law when it controversially swapped a soldier held in captivity for five years in Afghanistan for five Taliban detainees without giving lawmakers sufficient notice, congressional investigators found Thursday.

The Pentagon used $988,400 of its wartime funding for the transfer that freed Sergeant Bowe Bergdahl.

The Government Accountability Office said President Barack Obama's administration violated a section of the Department of Defense Appropriations Act for 2014, which bars the agency from using federal funds to transfer any Guantanamo detainees without giving key committees in Congress at least 30 days' notice.

"In addition," the GAO said in its finding, "because DoD used appropriated funds to carry out the transfer when no money was available for that purpose, DoD violated the Antideficiency Act," which prohibits federal agencies from spending funds not expressly appropriated for the purpose.

With the 2014 law, Obama gained some flexibility in transferring prisoners from the US detention center at Guantanamo Bay, Cuba. But he was still required to notify Congress 30 days in advance.

"In our view, the meaning of section 8111 of the Department of Defense Appropriations Act, 2014, is clear and unambiguous," the GAO wrote in its decision sent to nine Senate Republicans.

The GAO said lawmakers were advised by telephone of the decision to make the swap on May 31 -- the day it took place -- and June 1, and received written notice on June 2.

At the time, Republicans -- and even some of Obama's Democratic allies -- fumed over what they considered a bad and dangerous deal.

The White House and Pentagon defended the transfer, arguing that protecting American lives was the executive branch's constitutional obligation.

They cited Bergdahl's rapidly deteriorating health and security to justify quick action and keeping Congress in the dark.

"We believe it was lawfully done and lawfully conducted and this was a judgment shared with the Justice Department," Pentagon spokesman Rear Admiral John Kirby told CNN after the GAO released its findings.

Bergdahl disappeared from his post at a base in eastern Afghanistan in June 2009. To get him back, five senior Taliban leaders were released from Guantanamo and sent to Qatar, where they are due to remain for one year.

Republican Senator Susan Collins, reacting to the GAO opinion, said the administration argument that informing lawmakers could compromise the transfer was "completely disingenuous" because several administration officials knew about it in advance.

"It's not hard to imagine that the president didn't notify us until after the fact because he knew the proposed transfer would have been met with opposition," she said.

Bergdahl remains under investigation for leaving his unit in Afghanistan, and a US Army investigator began formal questioning of the former prisoner of war on August 6.

Bergdahl has returned to duty by working a desk job at Fort Sam Houston in Texas.

The GAO opinion is not a criminal finding, but it could revive debate about the controversial prison transfer.

Any criminal penalties would have to be considered by the Department of Justice, a GAO official said.