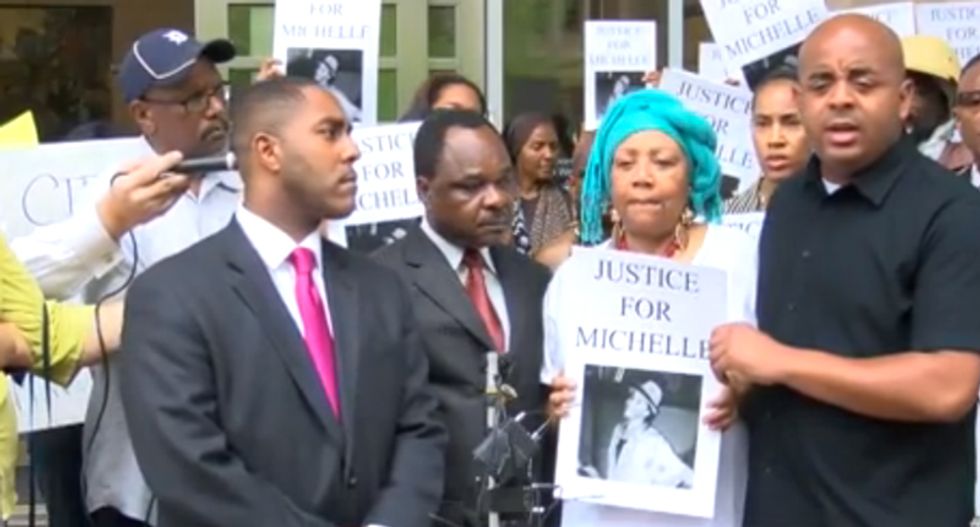 Phoenix’s police chief said on Saturday that an independent probe will be conducted into the death of a mentally ill woman who was shot and killed at her home last week by a police officer.

Chief Daniel Garcia said the state Department of Highway Safety has agreed to take over a criminal investigation into the Aug. 14 killing of Michelle Cusseaux, who was slain by a single bullet in the threshold of her Phoenix apartment after threatening officers with a claw hammer.

Officers were serving an emergency court order to take the 50-year-old woman to a mental health care facility, police said.

"I want our department to stand for those issues of democracy and justice," Garcia told reporters at a press conference. "I also want the Phoenix police department to be known for compassion and trust. This decision builds on our reputation of being a good department.”

Phoenix police had been conducting administrative and criminal investigations into the incident and said the Maricopa County attorney would review those findings. They also pledged to review polices of dealing with the mentally ill and increase training. But community activists have said that was not enough.

The family of Cusseaux and supporters took to the downtown Phoenix streets on Friday, wheeling the woman’s coffin from City Hall to the federal prosecutor’s office to demand an investigation by an outside agency. Her funeral was on Saturday morning.

Reverend Jarrett Maupin, who has led the protests, said on Saturday that he is concerned about the independence of the new probe.

The investigation comes amid protests in Ferguson, Missouri, over the Aug. 9 killing of unarmed black teenager Michael Brown by a white police officer. The turmoil has cast the St. Louis suburb of 21,000 people into the international spotlight as a symbol of often troubled U.S. race relations. [ID:nL2N0QO1T1]

Phoenix police said Cusseaux, who is black, confronted them when she opened her front door just as officers had got through a security door. She then raised the hammer and went at the officers, police said.

She was shot by veteran police Sergeant Percy Dupra, 48, at close range and died later at a hospital, said police spokesman Sergeant Tommy Thompson. Dupra is on an administrative assignment.

(Reporting by David Schwartz in Phoenix; Editing by Dan Whitcomb and Lisa Shumaker)