Political blogger outs herself as paid troll for big telecom 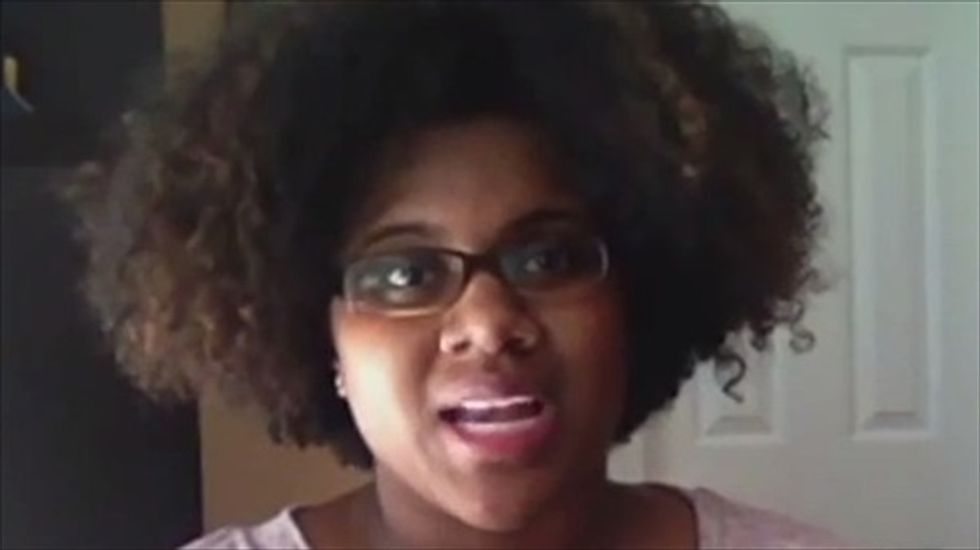 The editor of a politics website geared toward communities of color revealed that she is paid to be a "consultant" for a lobbyist group that has represented both the tobacco industry and the cable industry, Vice magazine reported.

Politic365.com co-founder and editor-in-chief Kristal High revealed her ties to the lobbying firm the DCI Group during an interview on Wednesday with talk show host David Pakman in which Pakman mentioned that both High and a past guest, Everett Ehrlich, were pitched to his program as guests by DCI.

"Are individuals like you and Everett Ehrlich, are you paid by DCI?" Pakman asked High.

"I think you have to really consider what it is you're suggesting, you're asking there," High said. "If people are working on different issues, there could be, say, a consulting arrangement that's separate and apart from whatever it is people are advocating for."

"In other words, DCI may be paying you as a consultant," Pakman responded, pushing back. "But they're not paying you for the media appearances or being a spokesperson for the point of view that their clients espouse."

According to Vice, High and colleagues at her website have posted in the magazine's comments section defending the Federal Communications Commission's (FCC) otherwise heavily-criticized plans regarding net neutrality.

In one instance, High reportedly commented that Vice was wrong to focus on the "lobbying dollars" being used to influence the public discussion regarding the issue, a sentiment she revisited on Pakman's show.

"The argument has also kind of devolved, in my opinion, to this nitpicky sort of, 'Who's in your pocket? How are you making money?'" she told Pakman. "I think that misses the point of the actual issue here."

However, High did not reveal whether she was being paid by the DCI Group when she made her comments at Vice, or when she wrote columns for the Huffington Post, including a December 2013 op-ed in which she criticized net neutrality advocates by saying their arguments "fall short of reality."

"The Internet is a two-sided market, and neutrality is about the supply and content side, not the demand and user side. Wealthy individuals already have access to better and faster Internet because they live in high-income neighborhoods and are prepared to pay more," she wrote. "In reality, the neutrality debate is more about whether Netflix may have to pay for premium access for better services, not about what consumers will pay."

According to Vice, High's website is affiliated with an organization called the Minority Media and Telecommunications Council. A June 2013 report by the Center for Public Integrity found that the council had received $440,000 since 2010 from groups tied to media companies. Politic365 also reportedly received a $10,000 donation two years ago from another trade group, CTIA.

Last year, a CTIA affiliate, MyWireless.org, released a video in which High appeared saying African-Americans "are overwhelmingly satisfied with their wireless phone service."

Watch Pakman's interview with High, as posted online on Tuesday, below.