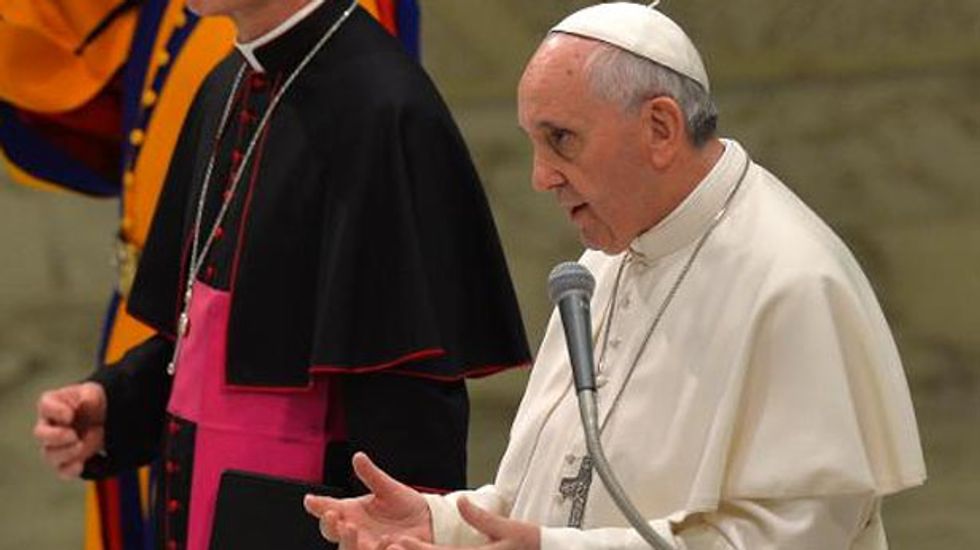 WASHINGTON - Pope Francis called the family of slain U.S. journalist James Foley on Thursday to offer his condolences, a Catholic priest close to the family said.

The gruesome video of Foley's beheading, released Tuesday by the Islamic State, a jihadist group operating in Iraq and Syria, has caused worldwide revulsion and outrage.

"Pope Francis phoned the family of #JamesFoley this afternoon at their residence in New Hampshire. The family was 'moved and grateful,'" Father James Martin, a Jesuit priest, wrote on Twitter.

A Vatican official "gave me permission to share the news. May #JamesFoley rest in peace," Martin said.

He added in a third tweet: "The quote 'moved and grateful' came from the Vatican official."

Foley was reporting from Syria for GlobalPost and other news outlets including AFP when he was seized in November 2012.

In the nearly five-minute video of the beheading, the IS declares that Foley was condemned to die in retaliation for U.S. President Barack Obama's ordering of air strikes against militant positions in northern Iraq.

Pope Francis on Monday called for collective action through the United Nations to "stop unjust aggression" in Iraq, where hundreds of thousands of people including many of the Christian minority have fled in the face of the rapid advance of the jihadists.