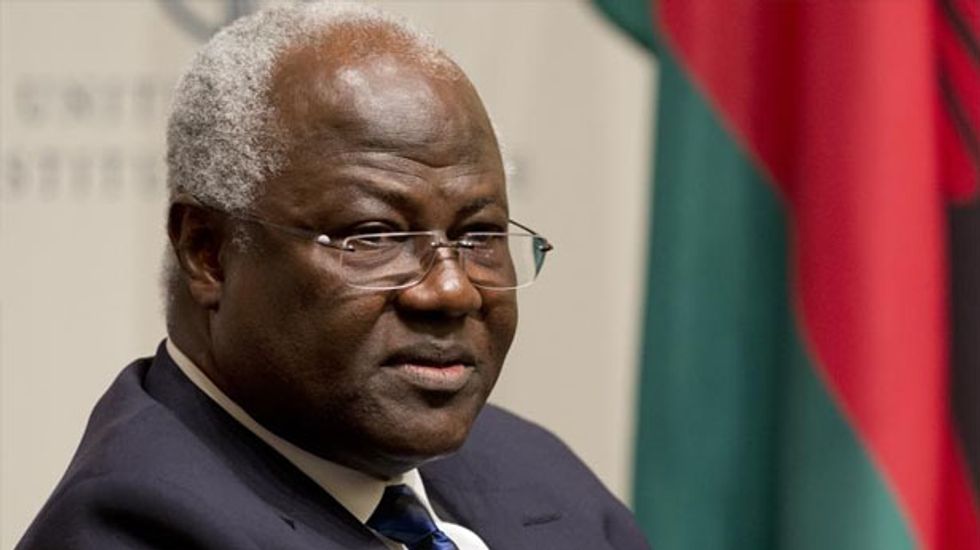 Sierra Leone's leader Monday appealed to the people of the Ebola-hit west African country to fight together against the deadly epidemic, warning that "the very essence" of the nation was at stake.

President Ernest Bai Koroma urged families to ensure that victims were reported to health authorities and asked every Sierra Leonean to take responsibility for raising awareness about the killer tropical virus.

"This is a collective fight. The very essence of our nation is at stake," he said in a televised address marking a "stay at home day" aimed at recalibrating the state's response to the outbreak.

Sierra Leone has seen 574 cases -- the most of any nation -- and 252 deaths since the virus spread from neighbouring Guinea in May.

Koroma declared a state of emergency last week ahead of a regional summit at which Guinea, Liberia and Sierra Leone agreed to a cross-border isolation zone at the epicentre of the world's worst-ever outbreak.

Streets in the capital Freetown were empty on Monday as people observed "stay at home day", called to give the authorities breathing space to reorganise the battle to halt an epidemic that has seen more than 800 deaths across west Africa since the start of the year.

"Freetown is as quiet as a graveyard," health worker Claudius Williams told AFP.

"As we move around in our sensitisation drive, you could hear a pin drop as people remain inside their houses with doors firmly shut. We have to knock endless times before they open them."

Bars, restaurants, shops and marketplaces were all shut and the few vehicles plying the capital's roads mostly belonged to the health ministry and emergency services.

Plain-clothed police questioned the few people walking the streets about their movements before sending them home.

Government offices said they were discouraging visits by members of the public, urging people to telephone with queries instead of showing up in person.

Leaflets explaining the dangers associated with Ebola and how to combat them have been distributed to shoppers, while government vehicles have been emblazoned with banners offering safety advice.

Health ministry spokesman Sidi Yahya Tunis said the progress of the virus was being slowed in the eastern district of Kailahun, where the first cases were reported, with no new cases in several days.

But he added: "The only disturbing trend is that people are moving from the epicentre to districts that had never been affected before. This is why for the past one week, about four or five districts have had cases for the first time."

He said households with confirmed cases would be quarantined for 21 days.

Meanwhile transport authorities announced that all public buses were being disinfected.

And 150 village chieftains issued a statement on Monday calling on tribal meetings and other activities to be put on hold until Ebola had been beaten.

Social Welfare Minister Moijueh Kaikai said however the crisis posed no threat to Sierra Leone's participation in the annual hajj pilgrimage, which will see Muslims from across the globe heading to the sacred Saudi Arabian city of Mecca in October.

"The government has signed an agreement with the hajj organisers in Saudi Arabia for 1,000 pilgrims," he told reporters.