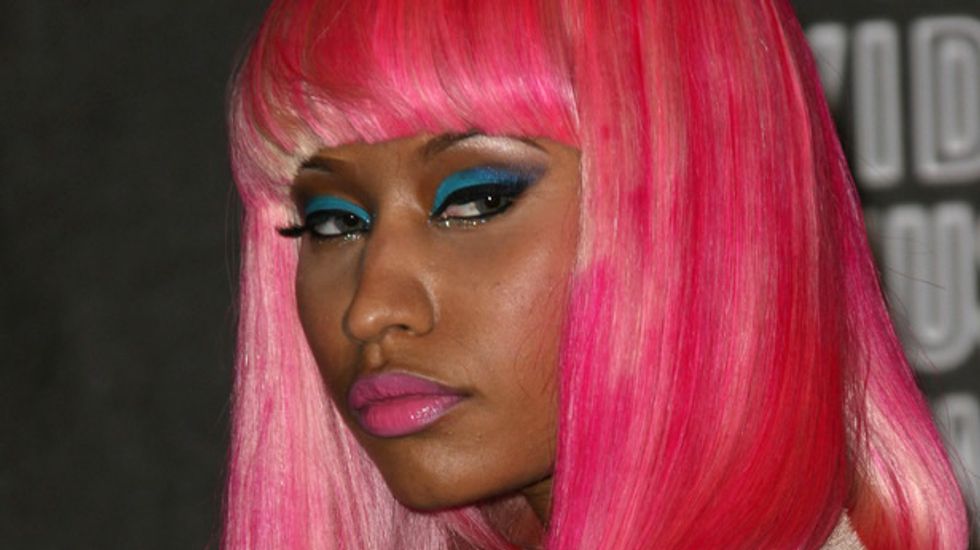 On Friday, rapper Nicki Minaj struck back at those who criticized the cover of her latest single, "Anaconda," for being too raunchy, ThinkProgress reports.

The cover features Minaj wearing a pink g-string and sports bra, and is shot from behind. Critics were quick to point out how sexual the image appeared to be, which is as it was intended -- the title of the single, combined with the photograph of Minaj, are clearly a reference to Sir Mix-a-Lot's 1992 single "Baby Got Back," in which he raps that his "anaconda don't want none, unless you've got buns, hun."

Chuck Creekmur, the owner of AllHipHop.com, even published an "open letter" in which he admonished Minaj for presenting herself in this manner:

"I was just disappointed," Creekmur wrote. "As a man, I can appreciate the virtues of your perfect posterior. The dad guy is not a happy camper, particularly now that his lil’ girl is transitioning into a young lady."

He went on to compare her to "lost titans [like] Maya Angelou and Ruby Dee," and noted that "[t]ose women were entertainers as well and the impact they have had on the lives of their constituency can never be understated. They SERVED the people and they knew that." According to Creekmur, then, by presenting herself in this manner, Minaj was invalidating any positive effect she might have on the community.

Minaj understood the implication of such criticism when she posted the following image from Sports Illustrated to Instagram with the caption "Angelic. Acceptable.":

She followed that by re-posting the cover to her new single with the word "Unacceptable," pointing to the double standard being applied to her -- both as a woman in the music industry, and as a woman with what Creekmur referred to as a "big booty." As Shannon Greenwood noted at ThinkProgress, the common thread in these criticisms "is that Minaj’s body is not fit for public display," whereas the slim bodies of the Sports Illustrated swimsuit models are.