Remains found of survivalist wanted for murder of wife, daughters in California 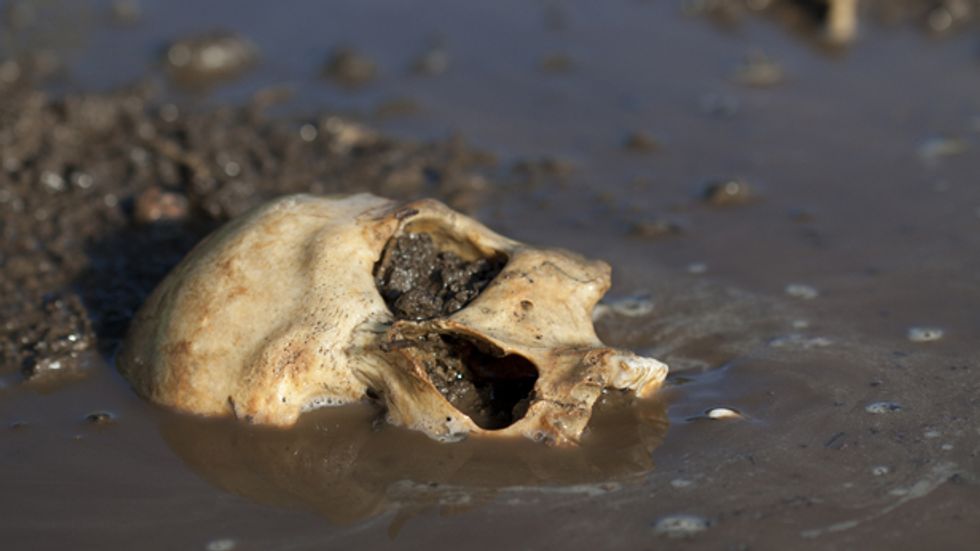 (Reuters) - Human remains found near a river in northern California belong to a man on the U.S. Marshals Service's top 15 most wanted fugitive list for questioning in the murder of his wife and two daughters, officials said Sunday.

Dental records confirmed the remains were those of Shane Miller, said the Shasta County Sheriff's Office, adding that they were found not far from where his pickup truck was located during a massive manhunt last year.

An anonymous tip led law enforcement to the remains on a bank of the Mattole River in Petrolia, California, the sheriff's office said in a statement.

Miller, then 45, was one of the U.S. Marshals Service's 15 most wanted fugitives after he fled from law enforcement following the shooting deaths in May 2013 of his wife Sandra, and daughters, Shelby 8, and Shasta, 4.

Miller, who was named a primary suspect in the homicides, was believed to have disappeared on foot in the forest.

The search for Miller was detailed on CNN's fugitive show "The Hunt with John Walsh."

(Reporting by Victoria Cavaliere in Seattle; Editing by Daniel Wallis and Sandra Maler)

[Skull in water on Shutterstock]