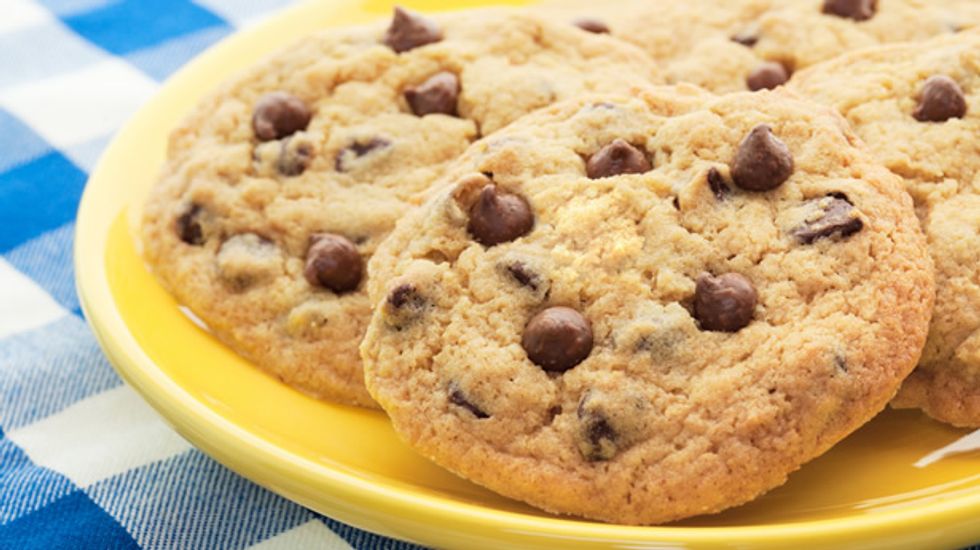 A man in Decatur, Illinois was arrested for attempting to strangle his roommate after learning that she had eaten the last of his chocolate chip cookies for breakfast, The St. Louis Post-Dispatch reported.

According to a police affidavit, Allen Hall assaulted his female roommate after she informed him that she had eaten the last of his Chips Ahoy cookies for breakfast. When Hall first threatened to kill her for the transgression, the victim believed he was kidding.

She went to the bathroom and said, "If you are going to kill me, then go ahead."

Police say that Allen responded by grabbing "her around the throat with both of his hands and threw her down into the tub. She hit the back of her head on the tub and this caused a knot on her head." The affidavit continued by noting that Hall "strangled her to the point she could not speak and was having difficulty breathing."

The victim's husband and landlord overheard the struggle, and rushed to the scene, pulling Hall off her. She told police that "Allen would have killed her" if they had not intervened.

When interviewed by police, Hall said that the victim "told him to kill her, so he charged," according to the affidavit.

Hall is currently being held in the Macon County Jail on charges of attempted murder and aggravated domestic battery.

["Homemade, chocolate chip cookies, like Mom used to make, served on a yellow plate. Shallow depth of field." on Shutterstock]