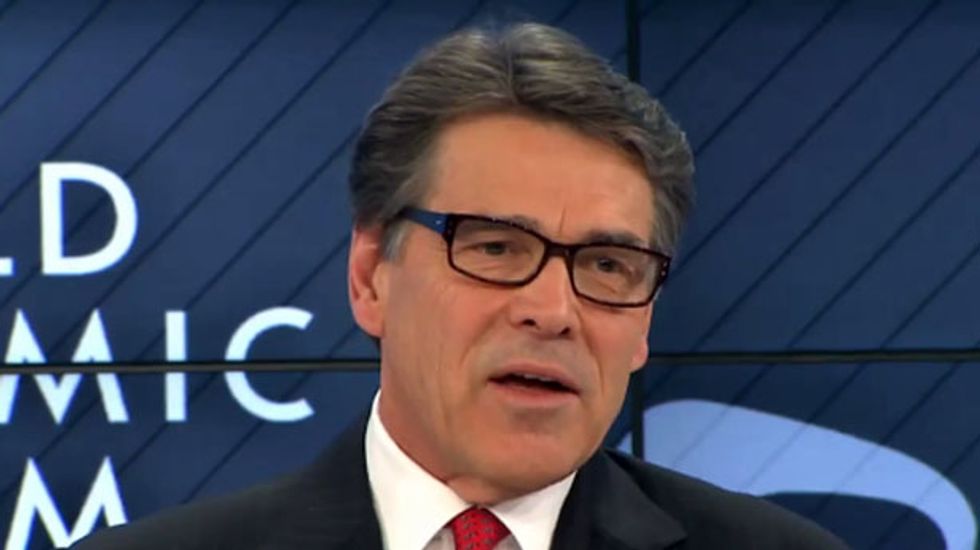 The indictment by an Austin grand jury states that Perry threatened to veto $7.5 million slated for the state public integrity unit, which operates out of the office of Travis County District Attorney Rosemary Lehmberg. Perry reportedly demanded Lehmberg, a Democrat, resign after spending 45 days in jail on drunk driving charges. When she refused to comply, Perry allegedly carried out his threat, forcing the agency to cut staff by either firing or laying off prosecutors and other employees.

The indictment is the first against a sitting Texas governor in more than a century.

The Austin American-Statesman reported that Perry was in a position to select Lehmberg's replacement had she acceded to his request.

"Despite the otherwise good work [of] the Public Integrity Unit’s employees, I cannot in good conscience support continued state funding for an office with statewide jurisdiction at a time when the person charged with ultimate responsibility of that unit has lost the public's confidence," Perry was quoted as saying at the time of her arrest.

The Statesman also reported that Republicans have complained that the agency, which investigates corruption and has been led by Democrats for decades, has unfairly targeted GOP members.