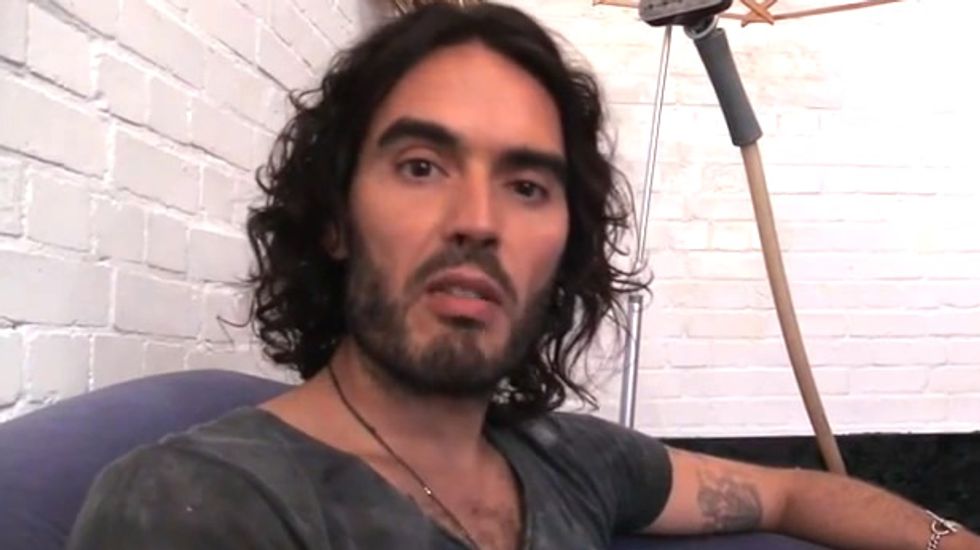 Comedian Russell Brand hammered Fox News in an interview on Tuesday with Young Turks host Cenk Uygur, accusing the conservative network of blaming the disadvantaged for any perceived problem without drawing attention to people in positions of power.

"I consider Fox News to be part of the establishment's propaganda arm," Brand said. "I don't imagine this is explicitly organized, but that isn't really relevant. What I understand and recognize is that Fox News' agenda is completely in alignment with the establishment's agenda."

To diffuse that power, Brand said, required "collectivization and cooperation," meaning that companies like McDonald's should be run entirely and democratically by their workforce.

"Have the money that's earned by McDonald's shared among the people that work in McDonald's," he said. "And the same for any organization. And any organization that contributes nothing -- no nutrition, no benefit, only harm -- get rid of those organizations."

Brand insisted, however, that he was not calling for a "misty-eyed, mythical sort of sweet-eyed hippiedom," but instead arguing in favor of ruthless pragmatism.

Watch Brand's remarks, as posted online on Tuesday, below.