Russia announces 'full embargo' on most food from US, EU 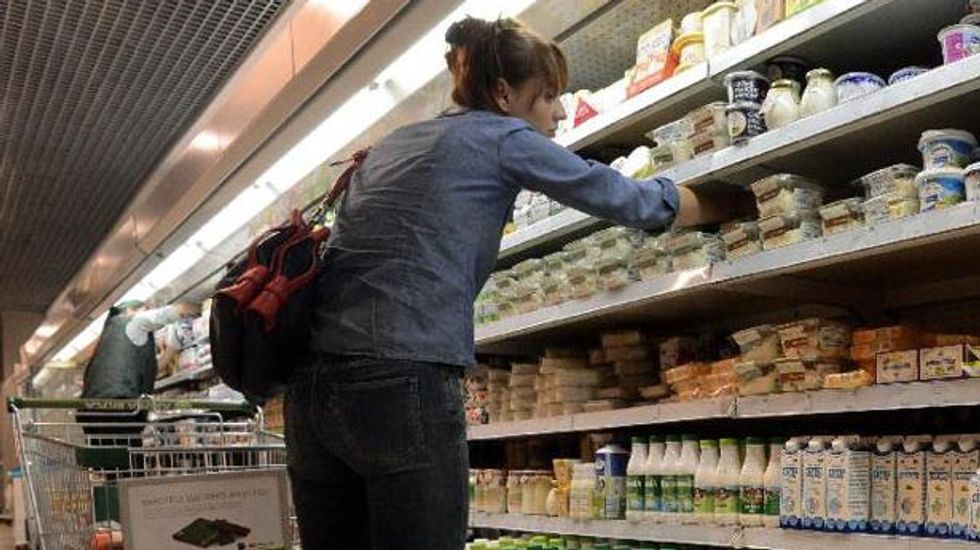 Russia is introducing a "full embargo" on most food imports from EU, US, and other Western countries that have imposed sanctions against Moscow over its policy on Ukraine, Prime Minister Dmitry Medvedev said Thursday.

The ban goes into effect immediately and will last one year unless "our partners demonstrate a constructive approach" with regards to sanctioning Russia, he said.

"Of course this is a serious decision for the suppliers of such foods from these countries."

The ban will not cover baby food, he said, and people will still be able to buy the banned products abroad if they want, but warned those who try to profit from reselling them will be "harshly punished."

The full list of banned products was published on the government's website as Medvedev delivered his speech.

"There is nothing good in sanctions... and the response did not come easily to us, but we had to take it," he said, promising to "prevent price increases" and use the embargo to "clear the store shelves for our producers".

Analysts have warned that protectionist measures will escalate inflation even though it may be a boon for local producers.

"The protectionist rhetoric from Russia has been gaining momentum," said analysts of VTB Capital in a research note Thursday, adding that restrictions had so far been "the primary reason behind elevated food inflation in Russia."