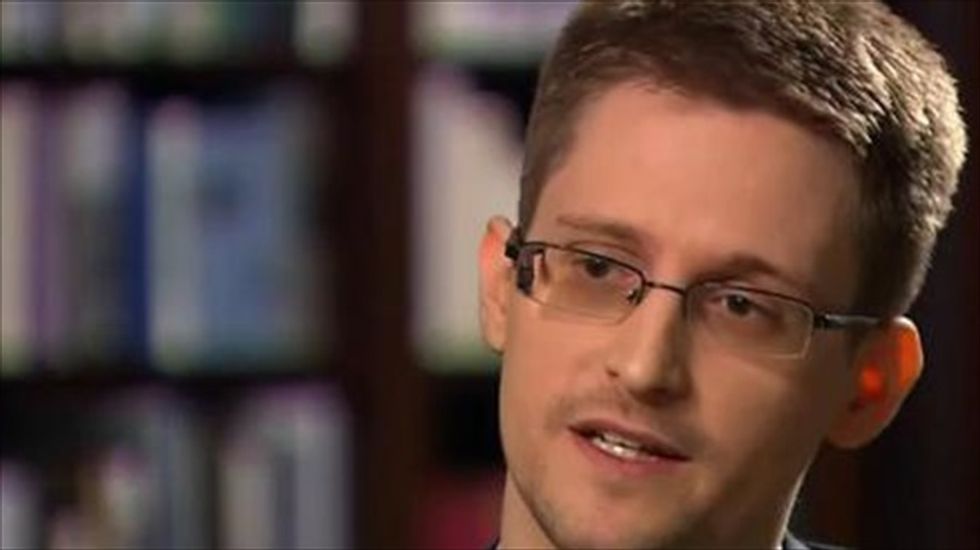 Fugitive US intelligence operative Edward Snowden has been granted a three-year residence permit in Russia, his lawyer said on Thursday, in the latest blow to Moscow's deeply strained relations with Washington.

"The request was accepted and accordingly Edward Snowden was given a three-year residence permit" which allows him to move about freely and travel abroad, lawyer Anatoly Kucherena told journalists.

"In the future Edward will have to decide whether to continue to live in Russia and become a citizen or to return to the United States," Kucherena added.

The 31-year-old US fugitive is wanted in the United States on espionage charges.

The former National Security Agency contractor shook the American intelligence establishment to its core with a series of devastating leaks last year on mass surveillance in the US and around the world.

The revelations sparked a massive row over the data sweeps conducted by the United States domestically and in allied nations, including of their leaders.

Relations between Washington and Berlin, for example, have faced rare turbulence because of revelations that German Chancellor Angela Merkel's cell phone was tapped.

Snowden ended up in Russia a year ago after spending weeks in the transit area of Moscow's Sheremetyevo airport. His US passport had been revoked on his way to South America.

He was initially granted permission to stay in Russia for one year, and the rapid deterioration in the country's ties with the US made it increasingly unlikely that Snowden -- a major public relations trophy for Moscow -- would be forced to leave.

Kucherena said to his knowledge there had been no discussion of handing Snowden over to the United States, nor had Washington made any recent requests for his extradition.

Snowden's lawyer added he had had no recent contact with US officials.

Snowden has led a reclusive life in Moscow, with his exact location kept a close secret. He has given only a handful of interviews and made no public appearances, although several sightings in Moscow have been reported by Russian media.

On Tuesday pro-Kremlin website Life News ran a close-up picture of a smiling Snowden wearing a suit and sitting near a gilded pillar, saying it was taken at the historic Bolshoi theatre during an opera in July.

Commenting on reports that Snowden is working as a risk analyst, Kucherena was evasive, but said that the computer specialist is "working within his profession", had a salary, and was acting as a sort of consultant.

He added Snowden had also been helping as a rights defender.

Kucherena denied that Snowden is chaperoned by Russia's security services, saying he only has a private security detail.

Snowden will be eligible to apply for Russian citizenship in four years. He has opted for the residence permit rather than seeking permanent refugee status.

Kucherena said he was working with Snowden's US legal team and other lawyers on a strategy to fight the charges against him.

Snowden's other legal advisors have said he is interested in one day returning home to face the charges. They have also indicated he may consider travelling elsewhere, possibly Brazil where he has sought refugee status.

In January, Snowden received online death threats from some US officials, whose identity has not been revealed, according to Kucherena.