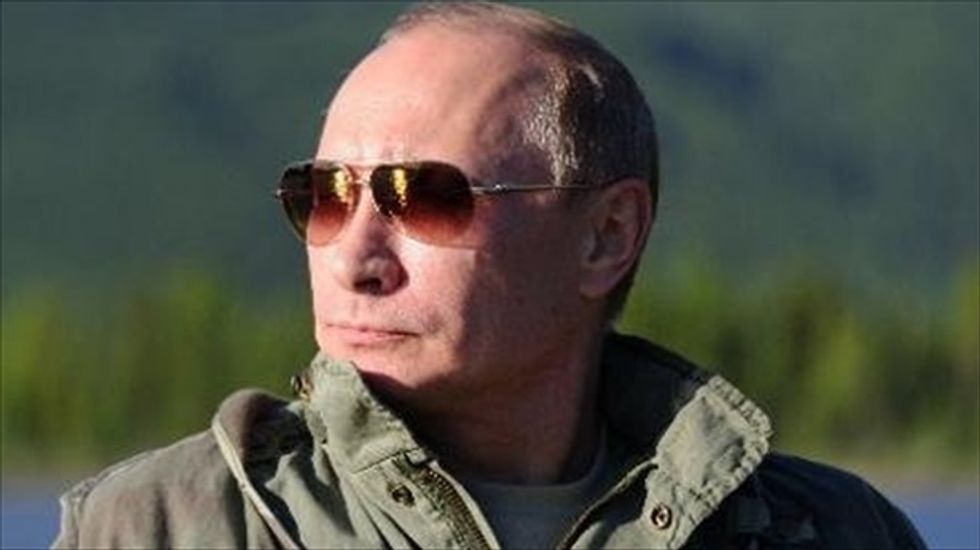 A programme seen as Russia's last independent political show on mainstream television has been taken off the air amid an upsurge in anti-Western rhetoric, in a move condemned by Kremlin critics.

Ren TV's weekly analytical programme hosted by one of Russia's best known anchors, Marianna Maximovskaya, has been abruptly cancelled, said journalists on the show launched in 2003.

"The programme has been cancelled by the management of the channel," one of the journalists, Roman Super, told AFP on Saturday.

"Staff had not expected this and learnt about this together with everyone one else yesterday. What will happen next we -- employees on the show -- do not know," he said in written comments.

"The reasons for shutting down the programme are so obvious that they do not need to be commented upon."

Another staffer, Elena Vorotilova, simply wrote on Facebook: "Looking for a job."

The channel, which describes the show as the "bravest programme" on the airwaves, was not available for comment on Saturday.

Maximovskaya, who is also deputy editor-in-chief at Ren TV, is believed to be staying on at the channel.

The privately held Ren TV is controlled by a holding linked to Yury Kovalchuk, one of President Vladimir Putin's top allies targeted by Western sanctions over the Ukraine crisis.

All major television channels in Russia are state-controlled and closely toe the Kremlin line.

Among colleagues Maximovskaya, 44, has long been seen as the odd one out, interviewing Kremlin critics including former tycoon Mikhail Khodorkovsky, whom she interviewed in Berlin upon his sudden release from a Russian prison late last year.

Along with Internet TV channel Dozhd, the Echo of Moscow radio and a handful of newspapers, Ren TV has been seen as a safety valve giving liberal Russians an opportunity to vent their frustration with authorities.

For many urban Russians the cancellation of the show is a major loss, even if it has boasted only a small audience share compared with programmes on state-controlled networks.

"My mom is crying," Elena Kostyuchenko, a reporter for opposition newspaper Novaya Gazeta, said on Facebook.

Critics say that since the outbreak of the Ukraine crisis, Russian national television has adopted feverishly pro-Kremlin, anti-Western rhetoric at the expense of alternative views.

Analysts said that in the current atmosphere there was simply no room for Maximovskaya's nuanced, sophisticated approach to news reporting.

"It was the last programme that people watched to learn what has happened over the past week to avoid being poisoned by Rossia TV or Channel One," media expert Galina Timchenko told AFP, referring to top state-controlled channels.

"But could it be otherwise in today's Russia?!" he wrote in a blog.

"It means that die-hard 'hawks' have completely won out in Putin's inner circle."

"This is Kovalchuk's answer to the sanctions. Only sanctions of Putin's sidekicks are directed not at the EU or the US but Russian citizens."