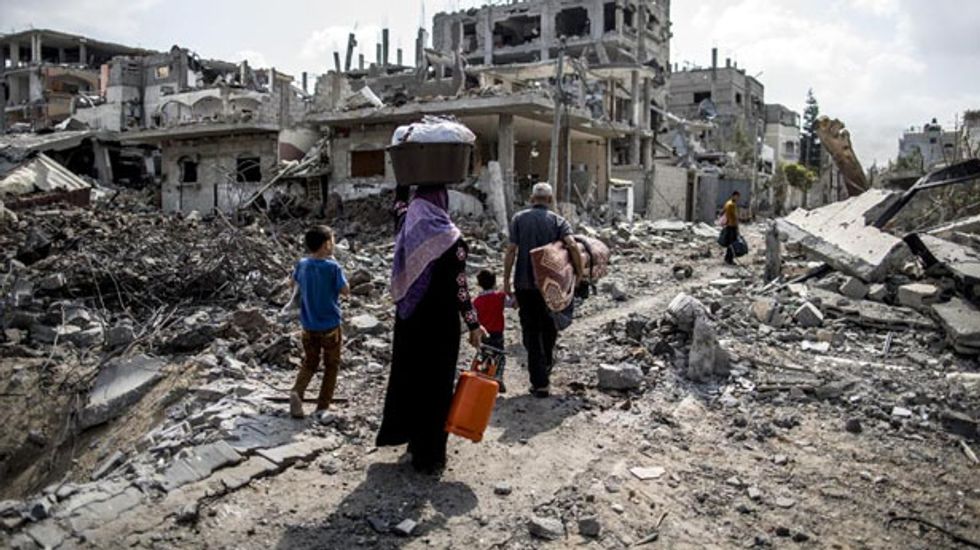 The scale of civilian losses during the four-week conflict in the Gaza Strip must not happen again, the head of the International Committee of the Red Cross said on Thursday.

Speaking to reporters after visiting Gaza, ICRC President Peter Maurer said he was "deeply distressed and shocked to see the impact of violence on the civilian population".

His visit came as the two sides were observing a 72-hour ceasefire due to expire at 0500 GMT on Friday, with Maurer calling for the truce to be extended.

Palestinian officials say 1,886 Palestinians were killed during four weeks of fighting between Israel and Hamas. The United Nations has said more than 1,300 were civilians.

Israel lost 64 soldiers and three civilians, one of them a Thai agricultural worker.

Maurer indicated there may have been some violations of international humanitarian law.

"The law hasn't been accurately and ambitiously implemented in this armed conflict," he said.

"The Geneva Conventions have been designed to protect and assist people, and I cannot be satisfied ... when after four weeks of armed conflict we see the amount of destruction and the amount of victims."

But, in keeping with ICRC's strict principles of neutrality, Maurer declined to blame either side, saying each and every incident would be investigated.

The organisation would compile a confidential report and share recommendations with all sides "to ensure... this amount of victims" does not happen again, he told a news conference in Jerusalem at the end of a three-day visit to Israel and the Palestinian territories.

ICRC would also investigate the precise circumstances in which medical personnel and Palestinian Red Crescent colleagues were killed, he said.

"I'm moderately optimistic from the signs of goodwill I have encountered in all places to engage with the ICRC to make our assistance and protection more meaningful," Maurer said.

ICRC was determined to narrow the "enormous discrepancy" between the need and the capacity of aid organisations to protect and assist civilians in areas of conflict, Maurer said.

And it would immediately work to reestablish supplies of water, sanitation and electricity, as well as assisting the displaced and increasing medical assistance in Gaza, he said.

Hospitals in Gaza had been inundated with casualties, but they were well equipped to deal with current cases, provided the ceasefire continues, he said.