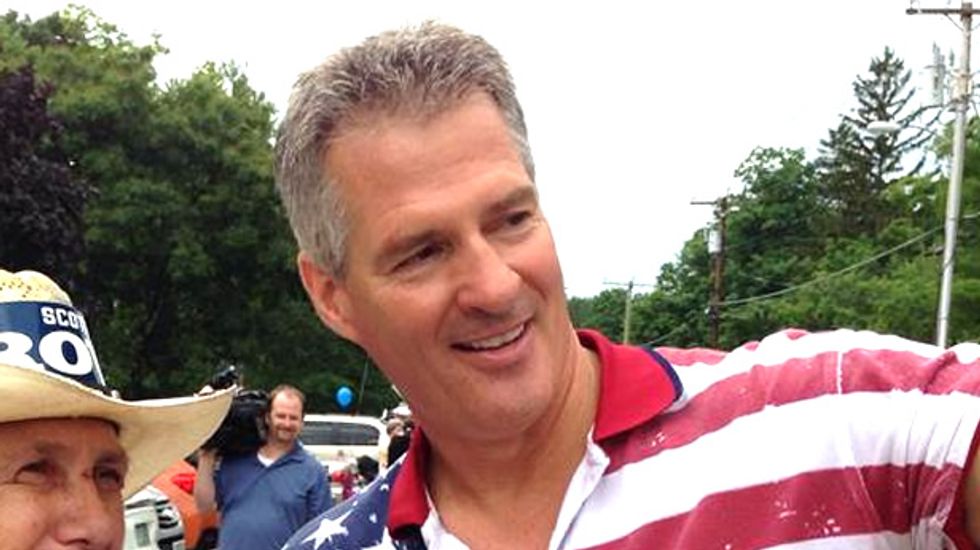 Republican Scott Brown could become the first candidate in the history of the United States Senate to lose twice to women, Smart Politics reports.

Brown is widely believed to be the frontrunner in the Republican New Hampshire primary, and if he becomes the nominee, he will face Democrat Jeanne Shaheen in the general election. He will be only the fourth Senate candidate ever to face a woman in three elections -- he defeated Democrat Martha Coakley in Massachusetts' special election in 2010, and lost to Elizabeth Warren in 2012.

If he loses to Shaheen this election cycle, Smart Politics' Eric Ostermeier writes, he will be "the first nominee in history to lose a U.S. Senate election to female nominees in more than one cycle."

Shaheen currently has an 8 percent point lead over Brown in the latest NBC/Marist poll. The latest Senate forecast by Nate Silver at FiveThirtyEight gives Brown a 20 percent chance of defeating Shaheen.

Scott Brown rose to national prominence in 2010, when the conservative won a special election for the Senate seat that had been held by liberal stalwart Edward "Ted" Kennedy for more than half a century. However, he was defeated in his 2012 reelection bid by potential Democratic presidential candidate Elizabeth Warren.

He then moved back to his home state of New Hampshire, in order to lay the groundwork for his current Senate campaign.