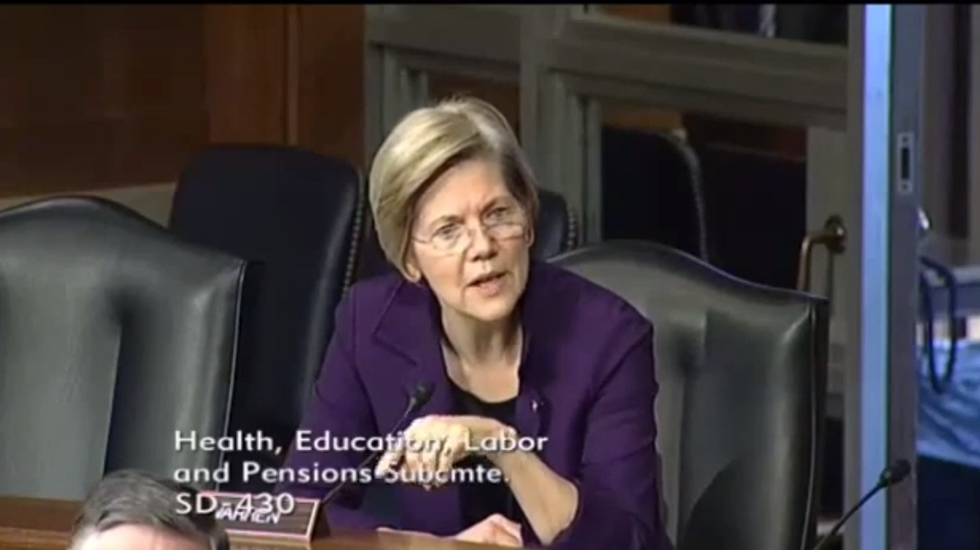 WASHINGTON (Reuters) - Three prominent Democratic senators on Tuesday urged President Barack Obama to use his executive authority to reduce or eliminate tax breaks for companies that shift their headquarters overseas to cut their U.S. tax bills.

Senator Richard Durbin, the second-ranking Senate Democrat, along with senators Jack Reed and Elizabeth Warren, said immediate action was needed to stop so-called corporate inversions, in which U.S. firms move their headquarters overseas, often in connection with a foreign merger.

"Although we will continue to work toward a legislative solution to the problem, we urge you to use your authority to reduce or eliminate tax breaks associated with inversions," the senators wrote in a letter to the president.

They said companies that have moved their tax domiciles abroad still benefit from U.S. government investments and tax expenditures, from infrastructure spending, patent protections and tax credits for research.

"Yet these companies claim to be foreign corporations when it's time to pay their tax bill - denying the United States billions of dollars in tax revenue and thereby increasing the tax burden on other U.S. taxpayers,” they wrote.

Stephen Shay, former deputy assistant Treasury secretary for international tax affairs, said quick action on this could thwart some of the corporate inversion deals said to be in the works.

The letter from Durbin, Reed and Warren did not specify a specific law or method for Obama to use.

Republicans have argued that instead of changing laws or regulations governing inversions, Congress should instead pursue comprehensive tax reform to lower U.S. corporate tax rates, a goal that has proved elusive despite widespread criticism of a complex and outdated U.S. tax code.

The Democrats, however, said that even this might not deter inversions, because some jurisdictions would still undercut the 28 percent nominal rate envisioned in Obama's corporate tax reform proposals.

"Companies will still chase lower tax rates in jurisdictions like Ireland where the corporate tax rate is 12.5 percent," they wrote. "This is a race to the bottom the United States simply can't win and should not be lured into entering."