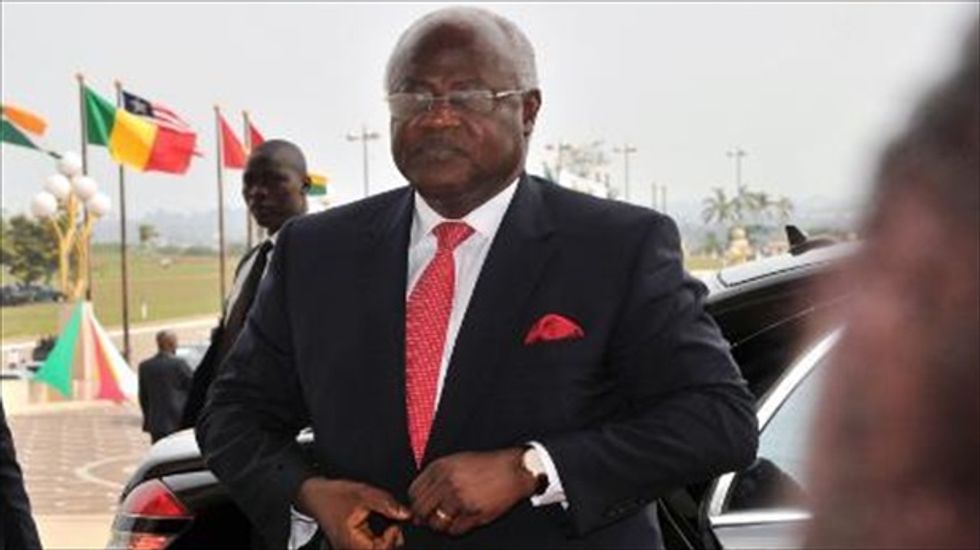 A presidential aide in Sierra Leone told AFP the soldiers would "deter relatives and friends of Ebola patients from forcefully taking them from hospitals without medical consent".

Ebola, a deadly tropical virus that causes severe fever and, in the worst cases, unstoppable bleeding, has claimed the lives of almost 900 people in four west African nations since the start of the year.

Sierra Leone has seen 646 cases, the highest number of any nation, and 273 deaths.

But the fight against its spread has been hampered by distrustful relatives discharging highly contagious patients from hospitals and taking them back to die in their villages, where countless individuals may have contact with them.

Many indigenous people living in the forested border areas that straddle Sierra Leone, Liberia and Guinea believe the virus was introduced deliberately by outsiders, or is a hoax fabricated by the West, designed to subjugate them.

The presidency did not give exact numbers or locations for the army deployment, but most of the country's Ebola clinics are in Kailahun and Kenema, the eastern districts hit hardest by the outbreak.

The announcement came after British Airways said it had suspended flights to Liberia and Sierra Leone until the end of August "due to the deteriorating public health situation in both countries".

"The safety of our customers, crew and ground teams is always our top priority and we will keep the routes under constant review in the coming weeks," it said in a statement.

The threat of a spread outside of Africa was underlined as Saudi Arabia said doctors were testing a patient suspected of having contracted Ebola during a trip to Sierra Leone.

The health ministry said the Saudi man was admitted to hospital in the Red Sea city of Jeddah after showing Ebola-like symptoms upon his return.

Three foreign missionaries -- a Spaniard, a Congolese and an Equatorial Guinean -- tested positive for the virus in the Liberian capital Monrovia, the Spanish charity St John of God said Tuesday.

They were named as Spanish priest Miguel Pajares, 75, Chantal Pascaline Mutwamene of Congo and Paciencia Melgar of Equatorial Guinea.

A 20-bed treatment centre and laboratory under construction in the western suburb of Lakka will be the first in the city of 1.2 million, which reported its first Ebola case nine days ago.

Business returned to normal in the capital after a "stay at home" day called to give the authorities breathing space to reorganise the response to the outbreak.

Many shops were screening customers' temperatures with high-tech gadgets at their entrances while others provided chlorinated water and soap for customers to wash their hands.

"No handshakes please," read a poster on display at a bank in the central business district.

Health officials have been forced to issue warnings over the danger of excessive use of chlorine, however, following reports of people sipping solutions of the poisonous chemical and washing with it.

"It is detrimental to the user's health and can cause serious internal injury," health ministry spokesman Yahya Tunis said in a public announcement broadcast on television and radio.

"People should return to the traditional hygiene practice of hand-washing with soap."

An American woman infected with Ebola -- the second US patient evacuated from the growing outbreak in west Africa -- arrived Tuesday in the United States for treatment.

After landing at a military air strip aboard a small medical evacuation plane, Nancy Writebol, 60, was transported by ambulance to Emory University Hospital in Atlanta, Georgia.

Television crews followed the ambulance by helicopter, and images showed a patient wrapped in a white protective suit being transported on a stretcher to the hospital entrance.

"As anticipated, a second American patient with Ebola virus has been transferred from an overseas location to a special isolation facility in Emory University Hospital for treatment," the hospital said.

The patient's colleague, missionary doctor Kent Brantly, 33, is also receiving care at a special containment unit at the same hospital.

Both Writebol and Brantly worked for Christian aid agencies in Liberia and were infected with Ebola while caring for patients in Monrovia.

In Sierra Leone on Tuesday, a former youth and education minister, Lansana Nyallah, told state television he has lost nine members of his family to Ebola and warned: "To those who still believe that Ebola does not exist, please take heed."