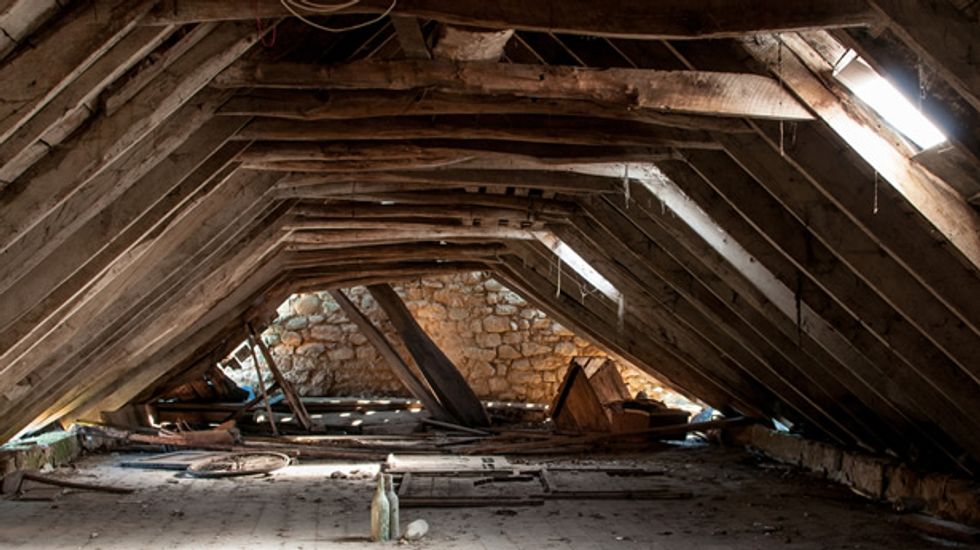 A mother in Harrisburg, Pennsylvania said she didn't know her eight-year-old son was upstairs dead until "the odor of decomposition became too strong," Pennlive reports.

Kimberly Tutko told police that she noticed the odor coming from her attic on Friday night, and asked her husband, Jarrod, to check into it. She said he returned with the body of their 8-year-old son, Jarrod Jr., wrapped in a sheet.

When she pulled back the sheet, she realized the boy been dead for days, and asked her husband, "Why didn't you say anything?" According to her, he responded that "he was too afraid to say anything because of the other kids in the house." She then called 911.

Police quickly arrested Jarrod Tutko, Sr. on charges ranging from endangering the welfare of children to concealing the death of a child to abuse of a corpse.

It is not yet known how Jarrod Jr. died.

Kimberly Tutko allowed Pennlive to tour the upstairs bedroom in which Jarrod Jr. was kept. She said that she understands that people will not believe that she could not have known about her son's death, but added that the boy was severely mentally disabled and his father was his primary caretaker.

Jarrod Jr. suffered from autism, failure to thrive, and a genetic disorder known as Fragile X Syndrome, which can affect intellectual development as well as make individuals extremely sensitive to both light and noise.

She said that one of her other daughters, who is currently in a vegetative state, requires constant care, and that she relied on her husband to care for Jarrod Jr. She noted that he was difficult to control, constantly ripping up carpet and smearing feces on the walls.

The couple's other five children were removed from their care and into the hands of county children and youth specialists.

Watch a report on Jarrod Jr.'s death and his father's arrest via Pennlive below.

["A retro dilapidated attic" on Shutterstock]