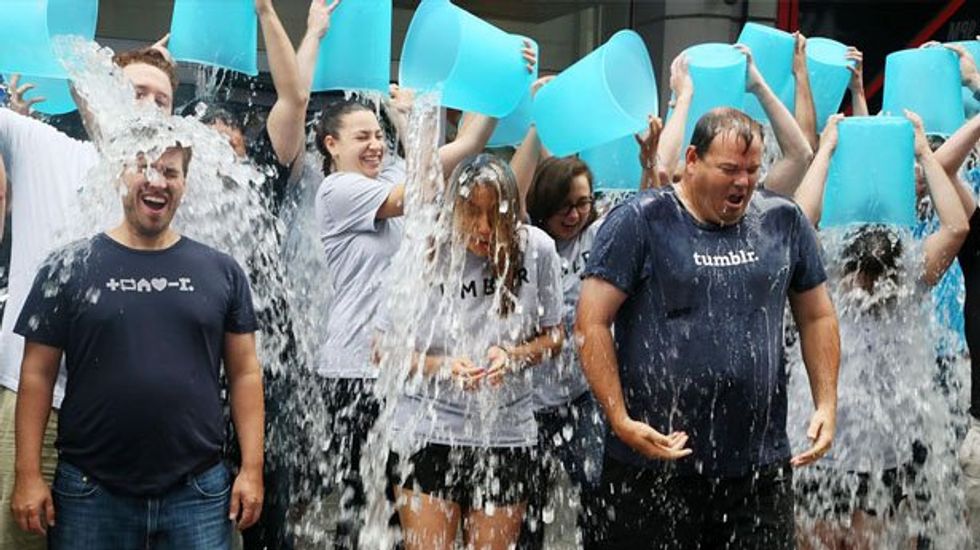 It is the charity stunt that has got everyone from billionaires to pop stars and even former US presidents drenched by buckets of freezing water.

But don't expect American diplomats to get involved in the fast-growing Ice Bucket Challenge -- in support of Lou Gehrig's disease research -- any time soon.

The State Department has issued an internal telegram forbidding US ambassadors and other high-profile foreign service officers from participating in the forfeit, in which people either pledge $100 to ALS research or record themselves getting soaked by frigid water, then post it online and challenge others to do the same.

"It's not just about ambassadors. Federal government ethics rules prevent us from using our public offices, such as -- high public offices such as ambassadors -- for private gain, no matter how worthy the cause is," State Department deputy spokeswoman Marie Harf said Thursday.

"For that reason, high-ranking State Department officials are unfortunately unable to participate in the ice bucket challenge."

President Barack Obama has declined a dare from Ethel Kennedy, the 86-year-old widow of late senator Robert F. Kennedy. Obama promised to make a gift instead.

Pop star Justin Bieber and former US president George W Bush and Microsoft founder Bill Gates are just some of the celebrities who have drenched themselves in icy water in support for the cause.

And its popularity has spread around the globe, particularly to Australia, Britain, Canada, Germany and New Zealand.

Four US firefighters were injured, two seriously, Thursday as they were helping run aN Ice Bucket Challenge at a Kentucky university.

"We express heartfelt sympathy and prayers for the families of the firefighters who were injured," Campbellsville University university president Michael Carter said in a statement.

The university declined to give details of the accident, but said no students were hurt.

Local media said that two firefighters were moving the apparatus after the student challenge when a power arc occurred near the power lines, striking and seriously injuring them.

One of the men was in a critical condition at a local hospital, WSAZ3 television reported.

Two other firemen were also hurt but were released from hospital after treatment.