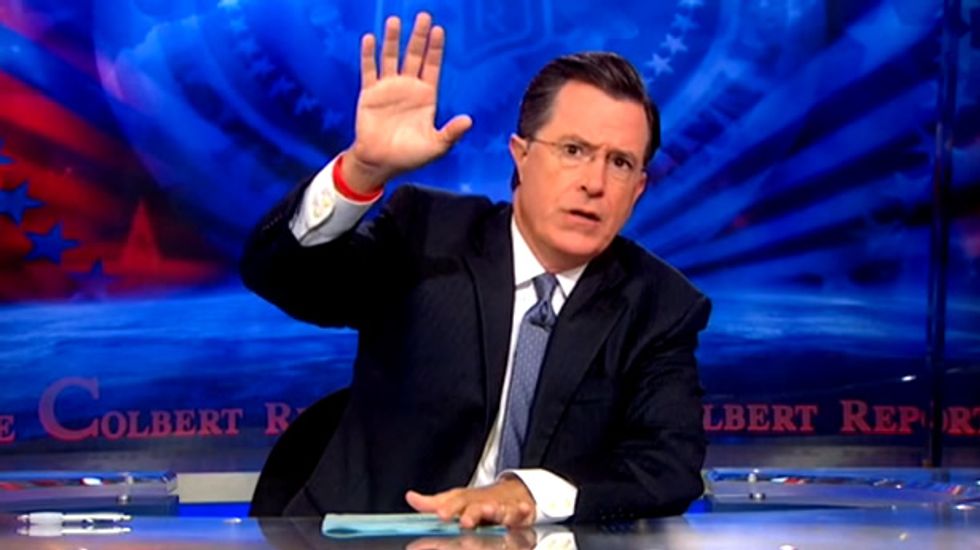 After noting that discrimination against gun owners "hurts the children," Colbert said that "fortunately, two gun-lovers have written a children's book advocating the open carry lifestyle. It's called, My Parents Open Carry, and it tells the heartwarming story of Brenna, her mom, and what looks like her other mom wearing a mustache."

"Unlike other parents," Colbert summarized, "Brenna's parents carry loaded weapons openly. Which might make Brenna feel different, but her father reassures her that 'Brenna, there is evil in this world, and we want to protect you the best we can...When seconds count, the police are minutes away.'"

"What a beautiful story," he said. "The world is full of maniacs who want to hurt you and the police can't help -- goodnight honey! Let me just open the window so you can get a breeze."

"Folks," Colbert continued, "I know kids are going to spend hours reading this book, because it's full of thousands and thousands words." He then read a paragaph-long description of what Brenna's mother and father were wearing.

"Now, that might seem like a lot of description for a children's book," he said, "but remember -- a detailed description is required for the police report."

"My Parents Open Carry is long overdue," Colbert concluded. "I wish there were more firearms in children's books." He then provided examples of two classic children's books that could be improved with the addition of firearms: 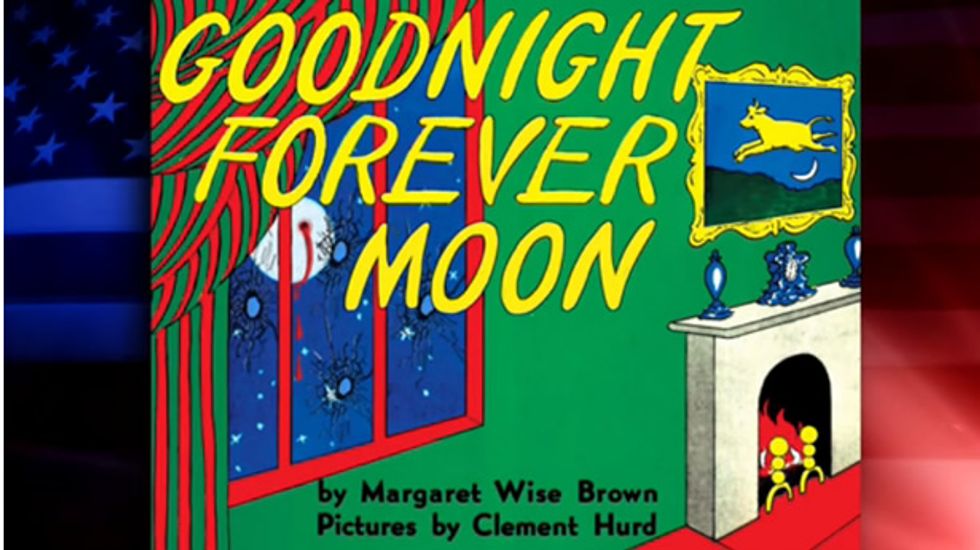 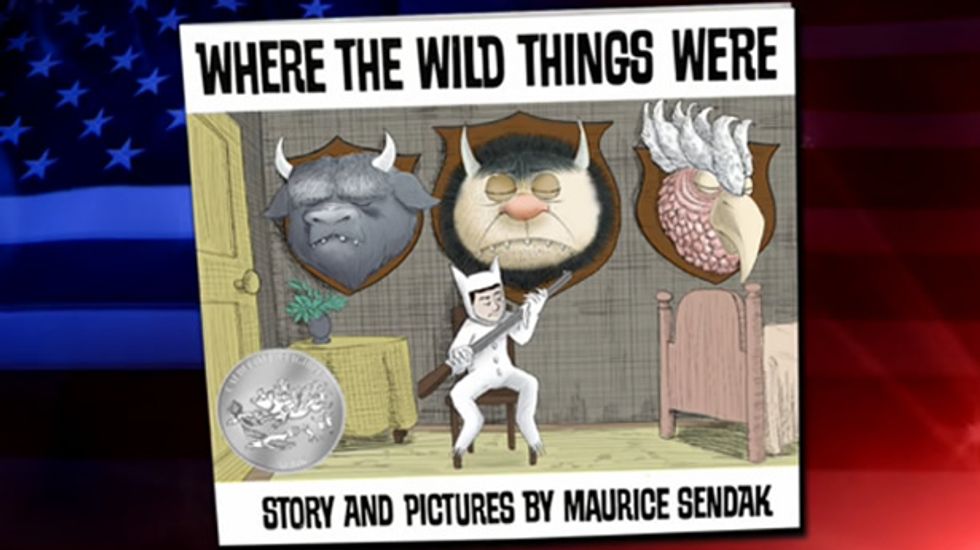 Watch the entire August 5, 2014 episode of The Colbert Report below via Hulu.