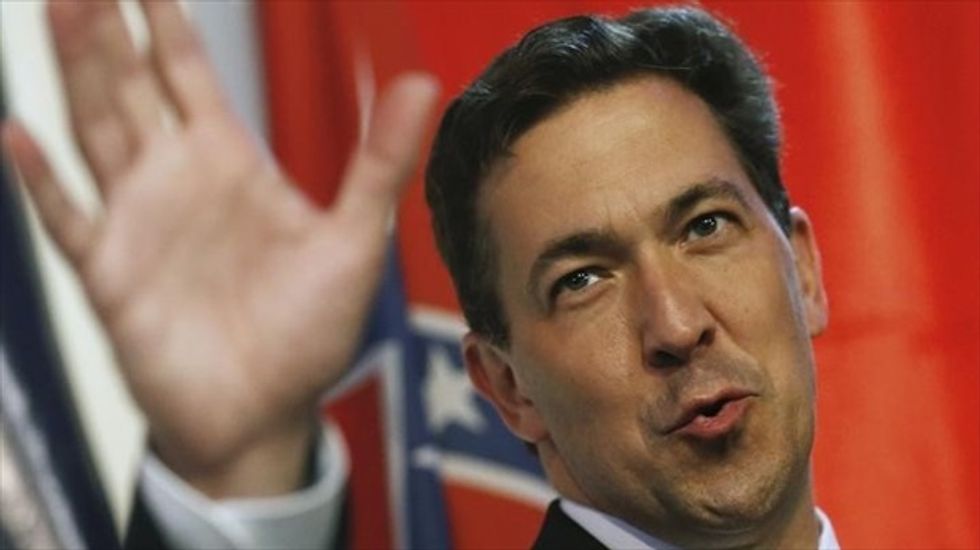 By Emily Le Coz

JACKSON Miss. (Reuters) - Chris McDaniel, the Tea Party-backed U.S. Senate candidate who lost the Mississippi Republican primary runoff, filed a legal challenge to the result on Monday, alleging that he fell short in the June 24 vote because of election fraud.

McDaniel submitted a 28-page legal challenge and supporting documentation with the state's Republican Party, outlining what he claims are thousands of instances of voter fraud. The party's executive committee has 10 days to decide whether to hear the case.

Joe Nosef, the state Republican Party chairman, said shortly after the filing that he had not yet reviewed the challenge and could not comment on what the committee intends to do.

If the committee fails to act, McDaniel would seek a judicial review in one of the state’s chancery courts, said his attorney, Mitch Tyner.

“We anticipate that after they review the challenge that they’ll see that Chris McDaniel clearly, clearly won the Republican vote,” Tyner said at a news conference held outside his Jackson office. “I say that very assuredly because that’s what the mathematics show.”

Earlier, McDaniel's campaign said it had found thousands of cases of voters casting ballots in the Democratic primary and then in the Republican runoff, which is against election rules.

It also highlighted unsubstantiated allegations that some Democrats were paid to vote for Cochran.

The primary runoff, pitting the Republican establishment against the insurgent Tea Party movement, had become a multimillion-dollar referendum on the direction of the GOP as it tries to win control of the U.S. Senate in the November congressional elections.

“The filing of this challenge marks the point where this matter moves from an arena of press conferences and rhetoric into a setting where nothing matters but admissible evidence and the rule of law,” Garriga said in a press release.