'This is devastation': Toxic British Columbia mine spill compared to Exxon Valdez disaster 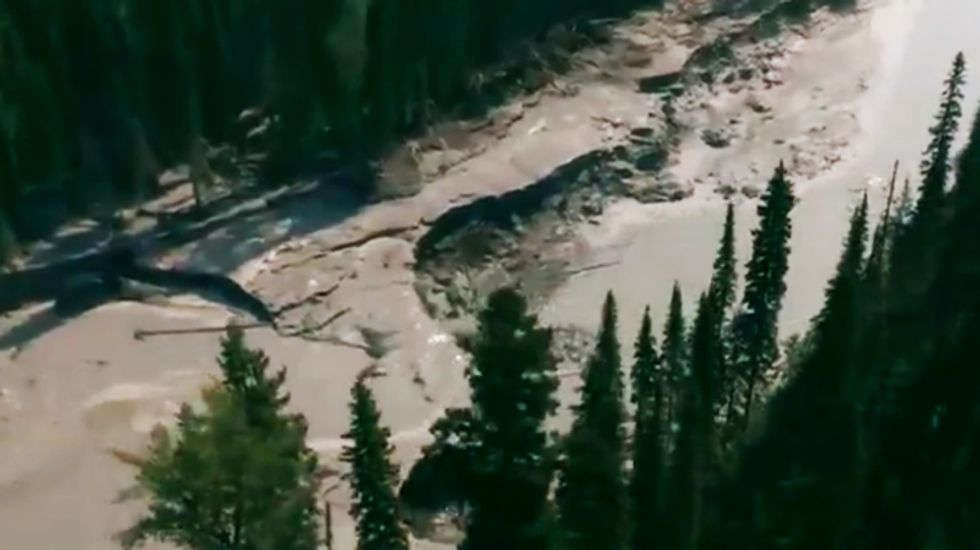 "Like the Exxon Valdez, Mount Polley will be synonymous with one of the most disastrous environmental events in British Columbia," Grand Chief Stewart Phillip of the Union of B.C. Indian Chiefs said in a statement. "The frightening fact is both environmental disasters could have been prevented by vigorous government oversight by an effectively resourced agency bound by robust legislative and environmental safeguards."

The breach at the Mount Polley Mine tailings dam reportedly follows years of neglect by its operator, Imperial Mines. Imperial and provincial lawmakers in British Columbia, where the mine is located, have clashed with First Nations communities since the country's Supreme Court granted the Aboriginal First Nations of Canada new rights over ancestral lands like those in the Cariboo Region.

The dam's breach has allowed the toxic materials to spill into Polley Lake, which in turn drains into Quesnel Lake, which is near a heavy spawning ground for sockeye salmon.

"This is devastation," Tsihqot’in Tribal Council member Joe Alphonse said in a separate statement. "This year we are expecting over 2 1/2 million salmon to return with this run just entering the Fraser River. This is the worst situation at the worst time possible. The company will be held accountable."

The Vancouver Sun reported on Wednesday that Imperial Metals has been ordered by the Canadian Ministry of Environment to provide a report on the types of substances released by the breach, as well as the "initial impacts" and details on how it monitored the dam.

The company also has until Aug. 15 to file an analysis of the spill's long-term consequences for wildlife and water quality, and has been threatened with fines of up to $300,000 and six months in jail for violating the orders.

"I apologize for what happened," company president Brian Kynoch was quoted as saying. "If you had asked me two weeks ago if that could happen, I would have said it couldn't happen. So I know that for our company, it's going to take a long time to earn the community's trust back."

Watch aerial footage of the damage done by the toxic spill, as posted by Global News on Monday, below.