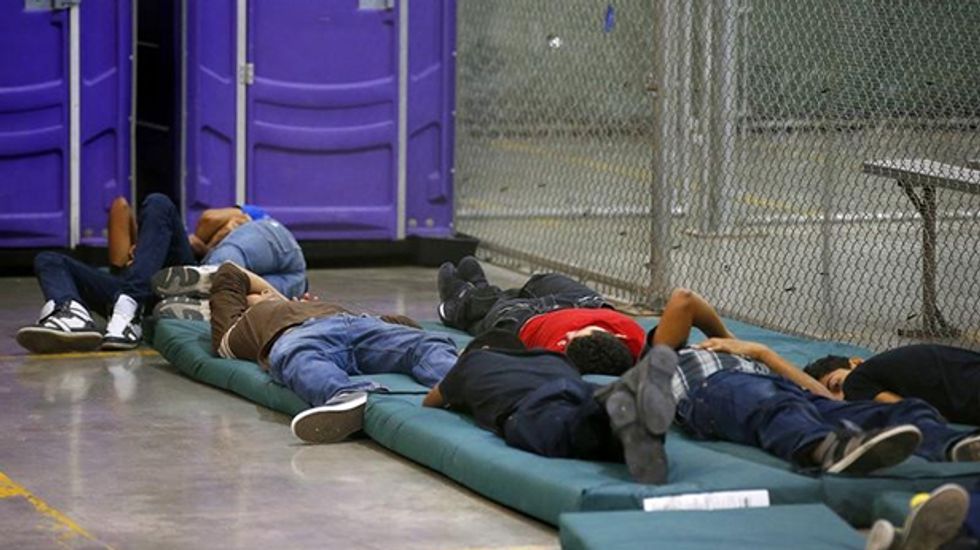 Three interim shelters that have housed thousands of children who have come unaccompanied to the United States from Central America will close within weeks, leading U.S. newspapers reported on Monday.

More than 7,700 children have been sheltered in facilities on military bases in California, Texas, and Oklahoma since they were opened in May and June, the Department of Health and Human Services said, according to media reports.

"We are able to take this step because we have proactively expanded capacity to care for children in standard shelters, which are significantly less costly facilities," agency spokesman Kenneth Wolfe was reported as saying.

"At the same time, we have seen a decrease in the number of children crossing the Southwest border," he said, but warned of uncertainty over the possibility of future waves of migrants.

Some 57,000 children traveling alone from El Salvador, Guatemala and Honduras have tried to enter the United States at its Southwest border this year.

According to the New York Times, the Los Angeles Times, and other news organizations, Wolfe said a shelter at Oklahoma's Fort Sill would not be used after Friday and those at Joint Base San Antonio-Lackland in Texas and California's Naval Base Ventura County would also close.

The latter two facilities will be shut down in the next eight weeks, with children apprehended at the U.S.-Mexico border to be sent to roughly 100 smaller shelters, the Los Angeles Times reported.

Officials left open the possibility that the three relief centers could be reopened to handle a new surge in migrants, media said.

The Department of Homeland Security notified Congress on Friday that it would transfer $405 million from other programs to deal with the immigration crisis.

U.S. President Barack Obama has asked Congress for $3.7 billion to tackle the crisis.

The Republican-controlled House of Representatives late on Friday approved legislation that would provide $694 million in additional funding for border security and to care for children, though it has almost no chance of becoming law.