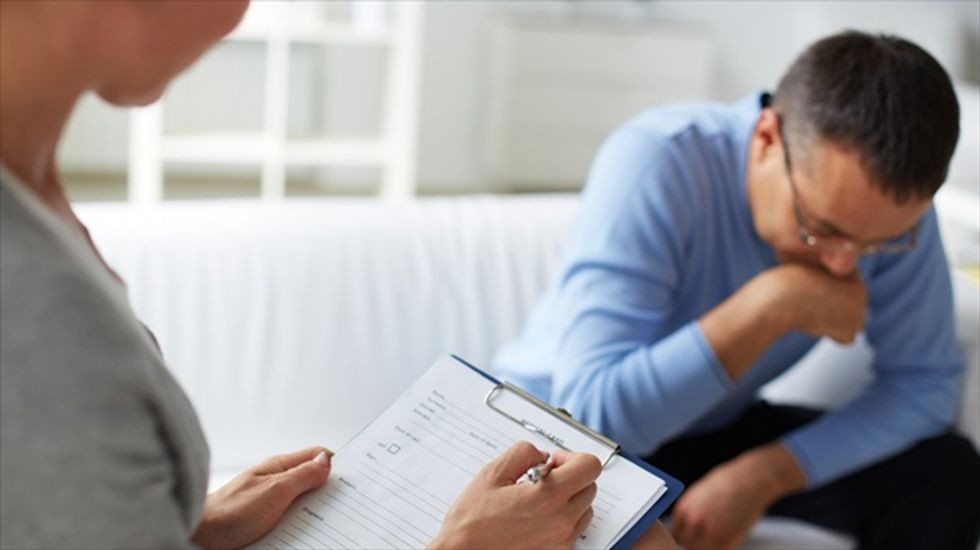 Psychologist consulting a pensive man during a therapy session (Shutterstock)

(Reuters) - A Pennsylvania psychologist was arrested on charges of sexual assault for treating patients with a special brand of "touching therapy" he practiced, the state attorney general said on Wednesday.

Dr. Richard Lenhart, 53, of State College, Pennsylvania, sexually assaulted two female patients at his private practice under the guise of treatment and then billed insurers as if he had provided legitimate services, prosecutors said.

"The charges state Lenhart prescribed 'touching therapy' for the women, which included touching and holding the patients. The therapy allegedly included stroking, sexual contact and rubbing of genitals," according to a news release from state Attorney General Kathleen Kane.

From 2008 to 2011, Lenhart submitted nearly 700 insurance claims seeking a total of more than $71,500 in reimbursement, falsely indicating he was rendering proper treatment, the attorney general’s office said.

Lenhart is charged with involuntary deviate sexual intercourse, aggravated indecent assault, sexual assault and criminal use of a communication facility.

He is also charged with three counts of indecent assault and two counts of both insurance fraud and theft by deception.