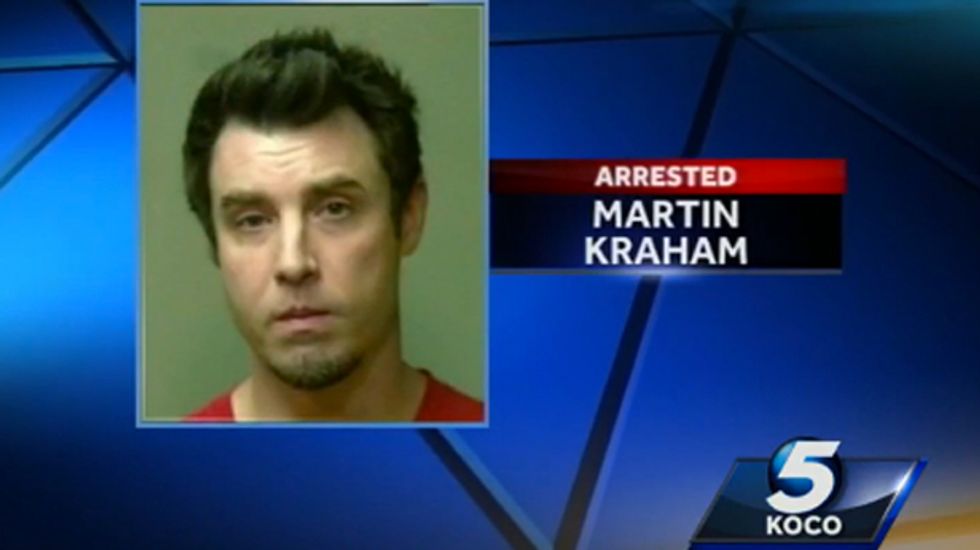 An Oklahoma man, described by one of his victims as a "trust fund psychopath," is currently being held in a Oklahoma City jail after police arrested him for using Craigslist to meet men and women for sex without alerting them that he is HIV-positive.

Martin Kraham, 36, was arrested Thursday after a warrant was issued stating Kraham had posted 695 Craigslist personals section ads seeking sex over a 6 1/2-year period, according to KOCO.

According to police, Kraham told men and women he met for sex that that he was disease-free even though Oklahoma State Health Department records show he tested positive for HIV in August of 2007.

A police report filed in June states that two victims went to the police on the same day after being contacted by another former partner of Kraham's.

Investigators say that one of the women told them that she initially had sex with condoms with Kraham, but that he told her told her he was "clean" and wanted to have condom-free sex. She stated that she agreed and had unprotected sex several times with Kraham before before being told of his HIV-status.

One of Kraham's victims, who wished to remain anonymous, issued a statement saying, "The entire situation is devastating. ‘Party’ Marty Kraham is a trust fund psychopath, preying on innocent people from all walks of life. To anyone who has been exposed to HIV by Marty, it's not your fault & there is support for you. He groomed his victims by gaining their trust. He lied by telling all of us that he was HIV negative.”

Another victim, stated, “How could someone feel so close to you and be laughing and smiling and having a grand time while they know they just exposed you to HIV and could potentially be killing you.”

Police are unaware how many sexual contacts Kraham may have had since his diagnosis.

Kraham's wife, saying it was an emotional topic, declined to comment.

Watch the video below from KOCO:
Report typos and corrections to: corrections@rawstory.com.
READ COMMENTS - JOIN THE DISCUSSION