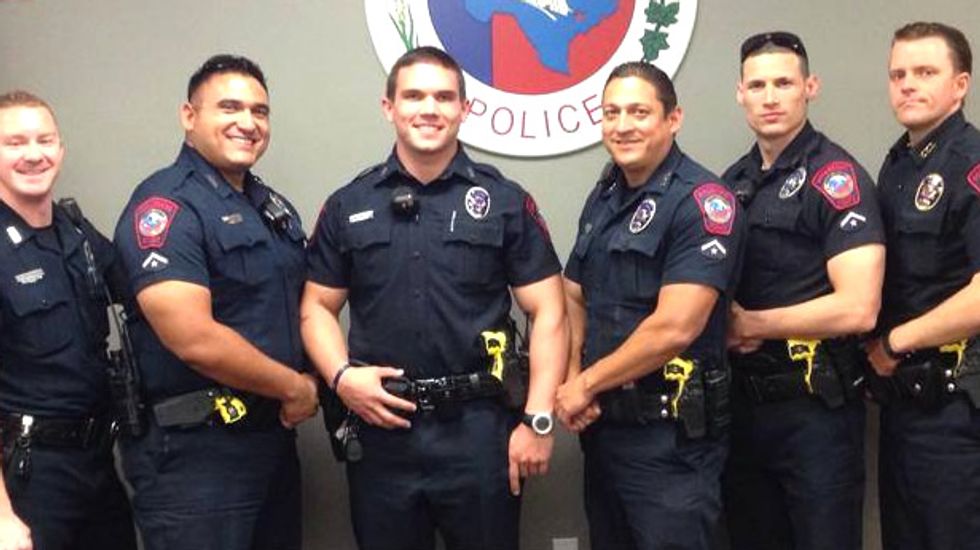 A Texas police department has come under fire for posting an image on its Facebook wall in support of "let[ting] God back in our schools."

"I have a question for the Rosenberg Police Department in Texas," noted atheist Hemant Mehta wrote, before asking "How the hell is it okay to post this on your official Facebook page?" He then included a screen capture of the post, which has since been taken down: 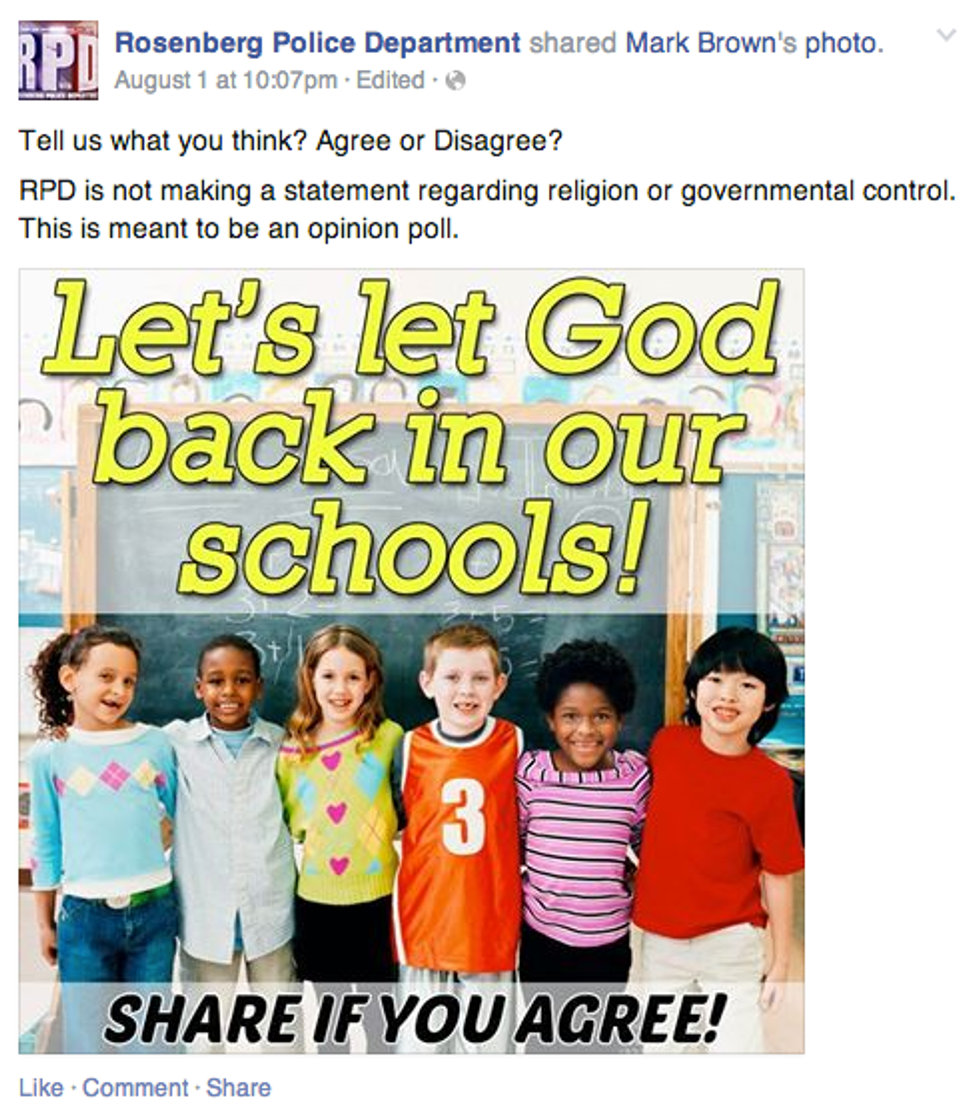 In that version of the post, the department makes it clear that it "is not making a statement regarding religion or governmental control. This is meant to be an opinion poll." However, Mehta captured the original caption on the post its editing history: 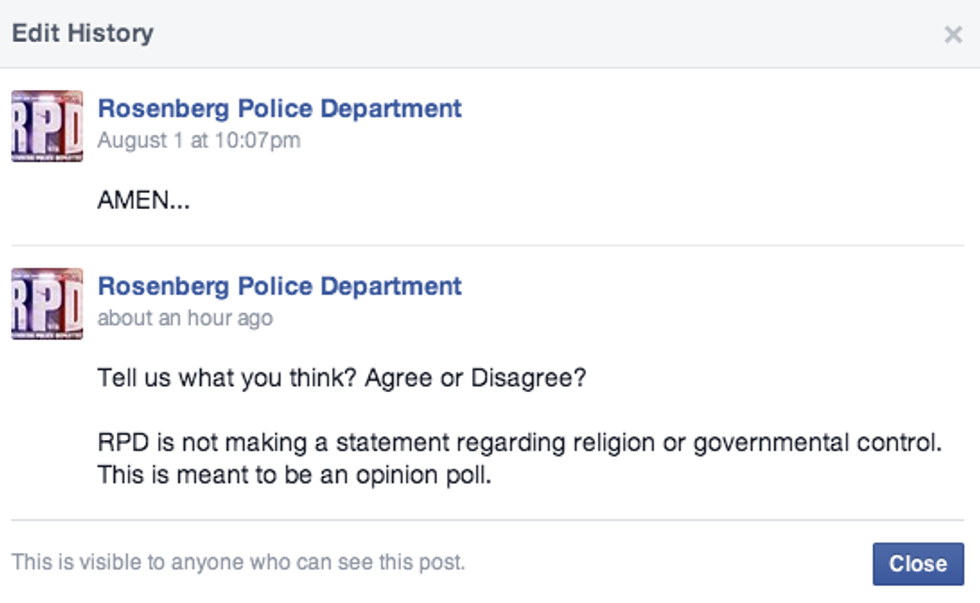 The original caption clearly endorsed the sentiments expressed in the image, and it was only after initial complaints that Rosenberg Police Department edited it. At some point after Mehta wrote about it, however, the department felt it best to delete the post entirely.

Despite the department's contention that God has been removed from the school system, recent months have seen an uptick in school officials reintroducing God into the classroom via other means, such as graduation ceremonies and unofficial after-school activities.