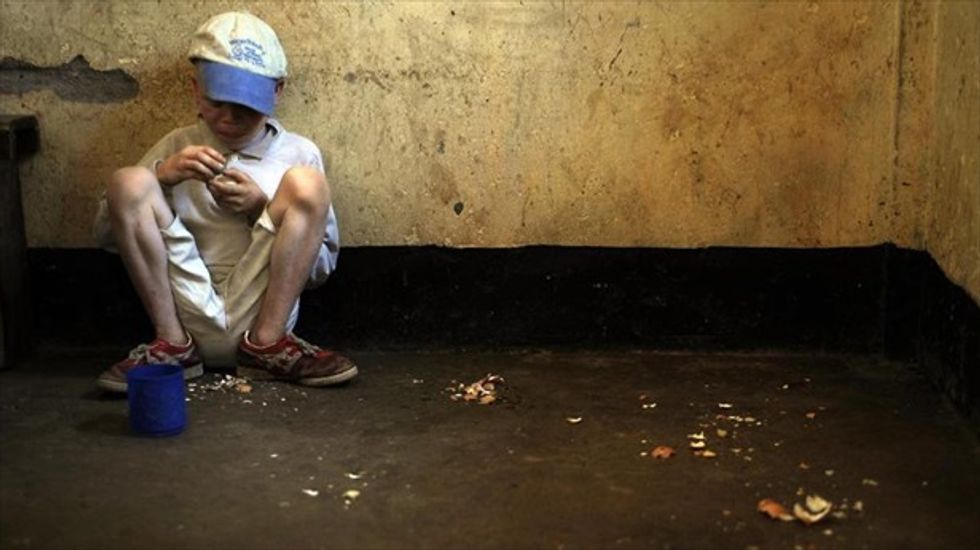 Geneva (AFP) - A UN expert Monday condemned the abuse of young albinos in government care centres in Tanzania, a country where many are killed and their body parts sold as lucky charms.

At least 74 albinos have been murdered in the east African country since 2000.

After a spike in killings in 2009, the government placed youngsters in children's homes in a desperate effort to defend them, Alicia Londono, of the UN human rights office, told reporters.

"It was a protective measure, and welcome at the beginning," said Londono, who has just returned from an inspection tour in Tanzania.

"There are abuses going on in these centres, cases of sexual abuse," she added.

Out of Tanzania's 23 children's homes, 13 host albino youngsters, according to UN figures.

Londono said that all too often the children were forcibly removed from their families, and lose all contact with them.

"They are really a neglected population, they are not considered in many places as human beings," she explained.

Segregating albinos from the wider community was not the answer, she said.

But shutting the centre would put the children at the mercy of sorcerers and traffickers, she claimed. Instead, it was crucial to improve conditions in the centres, she said.

Londono noted that the perpetrators of crimes against albinos were rarely punished in Tanzania or in other countries in Africa's Great Lakes region.

A hereditary genetic condition which causes a total absence of pigmentation in the skin, hair and eyes, albinism affects one Tanzanian in 1,400, often as a result of inbreeding, said Londono.

Londono warned that attacks were on the rise because Tanzania's October 2015 presidential election was on the horizon, encouraging political campaigners to turn to influential sorcerers for support.

Albino body parts sell for around $600 in Tanzania, with an entire corpse fetching $75,000, she said.