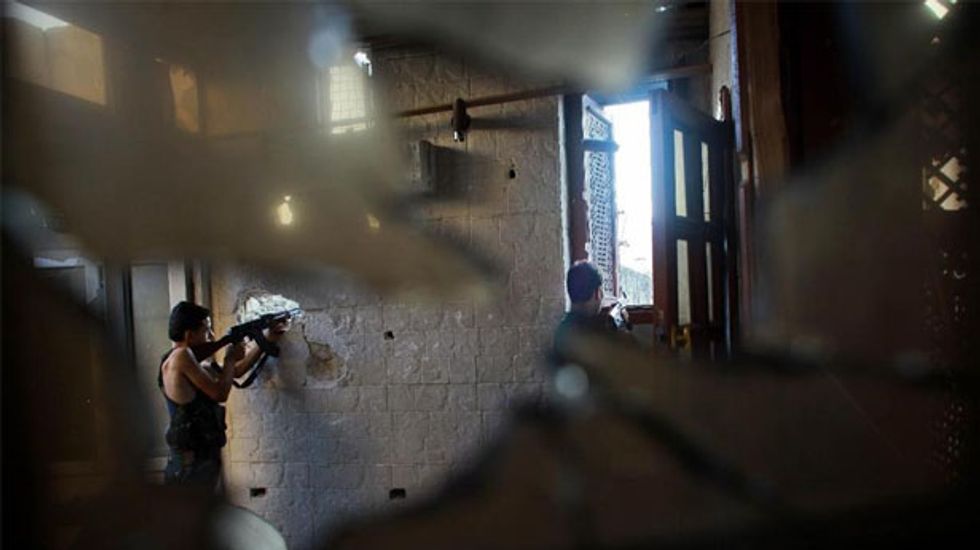 Pillay said the death toll of 191,369, recorded between March 2011 when the war broke out and April this year, was nearly double that given a year ago, and was likely an underestimate.

The South African wraps up her six-year stint as UN rights chief at the end of this month, and has criticised world leaders for their lethargy on a wide range of conflicts.

After on Thursday lashing out at the UN Security Council for what she called a lack of resolve in ending crises, Pillay said in a statement the dwindling global interest in Syria was "scandalous".

"I deeply regret that, given the onset of so many other armed conflicts in this period of global destabilisation, the fighting in Syria and its dreadful impact on millions of civilians has dropped off the international radar," said Pillay.

She said "the killers, destroyers and torturers in Syria have been empowered and emboldened by the international paralysis."

The Syrian conflict erupted in March 2011 when security forces cracked down on protesters, sparking an uprising against President Bashar al-Assad's regime.

Pillay said there had been "serious allegations that war crimes and crimes against humanity have been committed time and time again with total impunity" but that the deadlocked UN Security Council had failed to refer the case of Syria to the International Criminal Court "where it clearly belongs."

The UN last gave a death toll on the conflict in July 2013 when Secretary General Ban Ki-moon put the number killed at more than 100,000.

In its new tally, a UN team crosschecked 318,910 killings reported to five different sources, including the Syrian government and London-based monitoring group the Syrian Observatory for Human Rights.

After excluding double-counting, 191,369 remained, the statement said, adding that the tally included previously unrecorded killings from the two first years of the conflict.

But the number was likely a significant underestimate, the statistical analysts who produced the report acknowledged, pointing out that nearly 52,000 deaths had not figured among those studied since they lacked either a name, date or location of the killing.

In addition, "a significant number of killings may not have been reported at all by any of the five sources," they pointed out.

The report showed that more than 85 percent of those killed were male, but it did not differentiate between combatants and civilians.

Again this figure was likely lower than reality as victims' ages had not been recorded in 83.8 percent of cases.

Most died in and around Damascus, where nearly 40,000 deaths were documented, followed by Aleppo, with nearly 32,000 and Homs with more than 28,000, the report showed.

Pillay stressed the "enormity of the suffering" that the numbers represent.

"It is scandalous that the predicament of the injured, displaced, the detained, and the relatives of all those who have been killed or are missing is no longer attracting much attention," she said.

The UN rights chief urged governments around the world to "take serious measures to halt the fighting and deter the crimes."

Above all, she said, states should "stop fuelling this monumental, and wholly avoidable human catastrophe through the provision of arms and other military supplies."