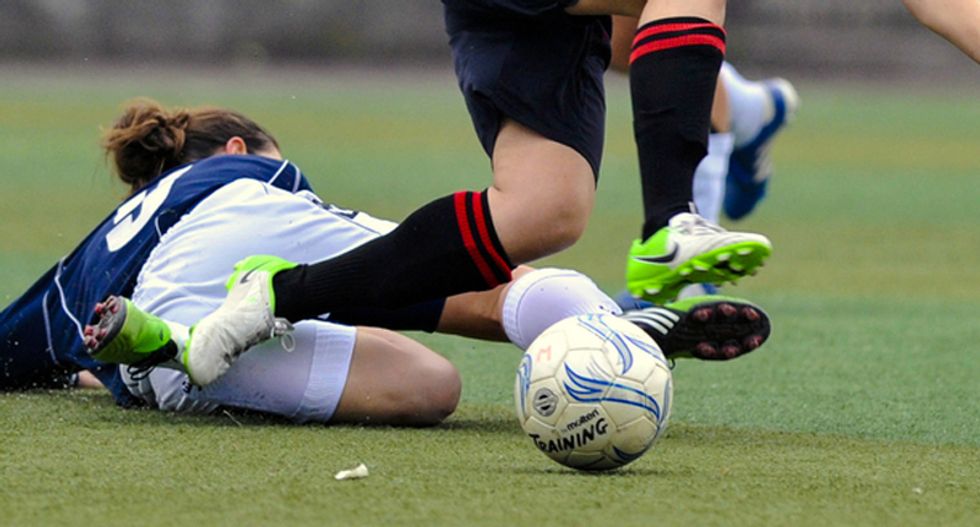 The University of New Mexico women's soccer coach and 22 players on the team were ordered suspended on Friday over a hazing incident that landed one extremely intoxicated freshman athlete in the hospital last weekend, the athletic department said.

The university athletic director, Paul Krebs, announced the disciplinary action as the school forfeited the team's season-opening match against Texas Tech University, resulting in a $5,000 fine against UNM. But the brief duration of suspensions will allow the squad to avoid missing any further games.

"We believe the disciplinary measures we have taken today send a clear message about the gravity of the incident, and that it is unacceptable and will not be tolerated," Krebs said in a statement.

Kit Vela, entering her 14th season as coach of women's soccer at the university, will be placed on suspension for one week without pay, starting on Monday, forcing her to miss one scrimmage but no official games.

In the statement released by the university, Vela took responsibility for the conduct of her squad and accepted the suspension, though at a press conference on Thursday she denied any knowledge of the hazing.

The incident came to light early Aug. 17 after campus police were called to the dormitory room of a highly intoxicated freshman player who was having difficulty breathing and had to be rushed to the hospital, university officials said.

The player and her sister, who was also a freshman on the team, have since left the university and returned home to California.

Krebs has said an investigation of the incident revealed that a majority of the team's players were consuming alcohol at more than one off-campus location the night of the incident, but that none of them were forced to drink.

Twenty-two players, essentially the entire squad except for seven freshmen athletes who were subjected to the hazing, will be benched for one game each over the next few weeks. But their suspensions will be staggered so the team can still field enough players to compete in its next four scheduled matches in the Mountain West Conference during that time.