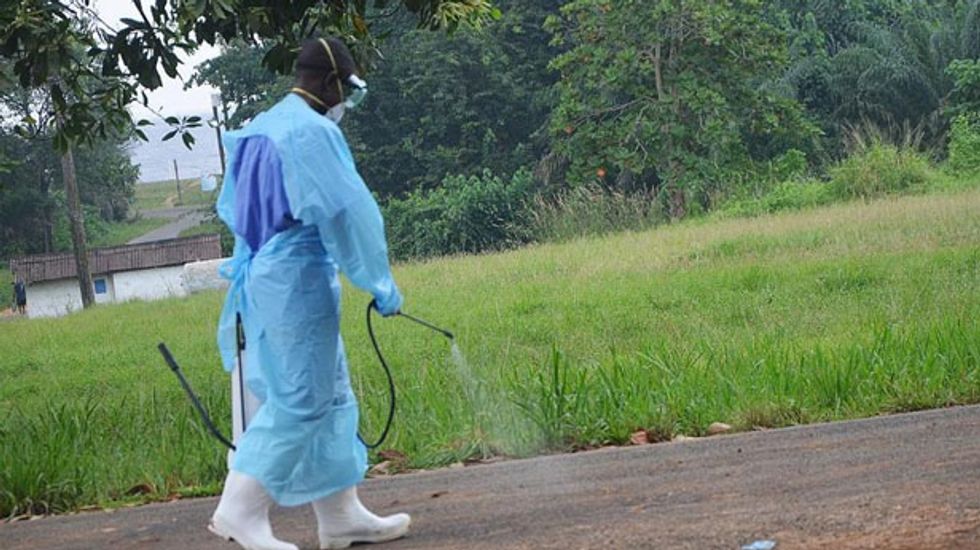 US health authorities on Thursday issued a warning against traveling to three African nations facing the largest outbreak of the deadly Ebola virus in history.

The Centers for Disease Control and Prevention urged "all US residents to avoid non-essential travel to Guinea, Liberia and Sierra Leone."

The current outbreak of the highly contagious Ebola virus has killed 729 people in West Africa since March, according to the World Health Organization.

The hemorrhagic virus can be fatal in up to 90 percent of cases, though this outbreak has killed about 60 percent of those infected.

The CDC's travel advisory came just days after two American healthcare workers were diagnosed with Ebola. They are listed in stable but grave condition.

CDC chief Tom Frieden stressed that direct contact with the bodily fluids of an infected person who is showing symptoms such as fever, vomiting and diarrhea, are necessary to contract Ebola.

"It is important to understand how it spreads," Frieden told reporters. "It does not spread from people who are not sick with it."

He said the travel advisory was issued "because the ongoing Ebola outbreak in these countries poses a potential risk to travelers.

"Particularly if you are traveling to the area and you happen to fall ill or be injured in a car crash and need to go to a medical facility that might have recognized or unrecognized spread of Ebola."

Over the next month, the CDC is also sending 50 extra specialists to the affected areas in West Africa, he said.

But the State Department has no plans to close its embassies in the affected countries or to reduce staffing.

"There's been no change in our status with any of those embassies," said deputy State Department spokeswoman Marie Harf.

Even in the best of circumstances, the current outbreak could go on for six months or more, Frieden warned.

"It is like fighting a forest fire. If you leave behind even one burning ember, one case undetected, it could reignite the epidemic."

A key part of the response is isolating patients who are ill, according to Frieden.

"Any hospital with an intensive care unit has the capacity to isolate patients," he said.

"There is nothing particularly special about the isolation of an Ebola patient, other than it is really important to do it right."

Meanwhile, White House spokesman Josh Earnest said talks are under way for potential medical evacuations of US humanitarian workers who have contracted Ebola.

"The State Department and the CDC are working to facilitate options for potential medevacs for US patients, specifically American citizen humanitarian workers," he said.

Harf added that if such an evacuation happened, "every precaution will be taken to move the patients safely and securely, to provide critical care en route, and to maintain strict isolation upon arrival in the United States."