US snaps back at Egypt's criticism of Ferguson unrest 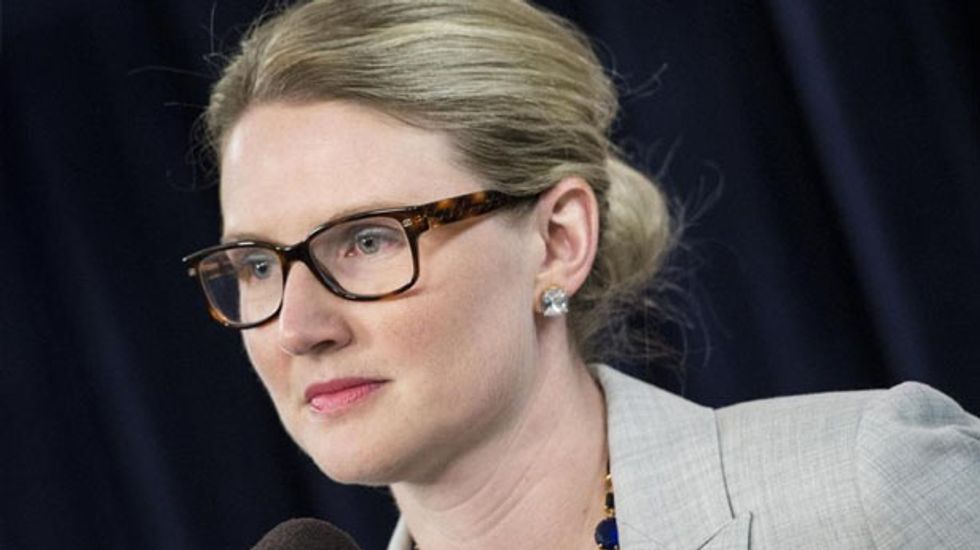 A US official on Tuesday snapped back at Egypt after criticism from Cairo over possible human rights violations in the racial unrest in Ferguson, Missouri.

"We here in the United States will put our record for confronting our problems transparently and honestly and openly up against any other countries in the world," said deputy State Department spokeswoman Marie Harf.

Egypt, which itself has been under international scrutiny for a deadly crackdown on protesters, is "closely following the escalation of protests in Ferguson and the reactions," foreign ministry spokesman Badr Abdelatty said Tuesday.

Ban's remarks "represented the position of the international community towards these events, especially (Ban's) call for restraint and the right to peaceful assembly," Abdelatty said.

When there is social unrest like in Ferguson, Americans look at it "transparently, honestly and openly, and we, of course, would suggest that other countries do the same thing," said Harf, speaking at a State Department briefing.

"People are free to say whatever they want. That's something we believe in very deeply here. It's freedom of expression."

Protests in Ferguson, a suburb of St. Louis, broke out after a white police officer shot dead an unarmed black teenager on August 9.

Regarding Egypt, "we are very clear when we have very serious concerns about the human rights situation, about what happened over the last year ... to peaceful protesters, to journalists being thrown in jail for over a year now, to very huge numbers of death sentences being handed down as we’ve seen recently as well," said Harf.

In Egypt, at least 1,400 people, mostly Islamist protesters, have been killed in clashes between protesters and security forces, including around 700 on a single day in Cairo in August 2013.

The violence was unleashed after the military ouster of Islamist president Mohamed Morsi last year that also led to a spike in militant attacks in which scores of soldiers and policemen have been killed.

A reporter mentioned that China and Iran have also used the riots to criticize Washington.

"I would certainly strongly disagree with the notion that what's happening here is comparable in any way to situations in some of those countries you've named," Harf said.