VIDEO: NYPD drags naked woman, 48, from her apartment as neighbors tape her arrest 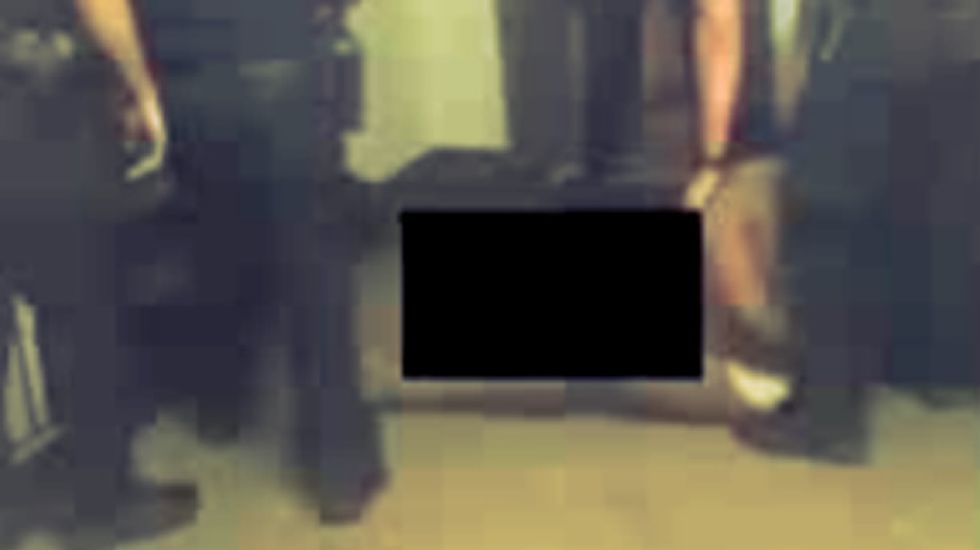 Police responding to a reported domestic disturbance on July 13, 2014 dragged a naked woman from her apartment while onlookers videotaped the encounter, The New York Daily News reported.

Denise Stewart, 48, said that she was in her apartment showering when New York City Police officers pounded on her door at 11:45 p.m. She answered the door wearing only a towel and underpants.

An NYPD spokesman told The Daily News that police were responding a 911 call and had a building address but not an apartment number. They say they heard screaming coming from Stewart's apartment, and when they asked to be let in, she tried to close the door on them. Police say a 12-year-old girl in the apartment showed injuries on her face, which is why they tried to arrest Stewart.

Stewart began to scream, which caused her neighbors to come into the hallway. When they saw the NYPD officers pinning the nearly naked grandmother to the wall, they began to videotape the encounter.

"Oxygen, get my oxygen," Stewart can be heard shouting on one recording. Her neighbors, aware of her asthma, can be heard admonishing the officers. "Yo, her mother got asthma -- y’all wicked, y’all fucking wicked," one woman shouted. "Her asthma! Her asthma!" another repeatedly yelled.

Bystanders can also be heard demanding the officers follow NYPD procedure. "That's a female!" one yelled, "a female! Get a female cop!"

Officers can also be seen removing Stewart's children and grandchildren from the apartment. According to police, the 12-year-old said that her mother and older sister beat her, but the family's lawyer disputed that claim. "There were no injuries to the child as alleged in the complaint," Amy Rameau said.

Rameau also told The Daily News that the 911 call came from a different apartment on a different floor of the building, and that the officers had arrived at Stewart's apartment by mistake.

When The Daily News spoke to Stewart the next day, she expressed her mortification at what occurred. "It’s disgusting and embarrassing. I’ve been married 16 years. It took my husband 10 years to see my nakedness," she said, adding, "I didn't do nothing wrong."

Stewart was charged with assaulting a police officer, resisting arrest, and acting in a manner injurious to a child. Police say that the 12-year-old had "visible injuries" on her face, but it is unclear whether she had them before officers arrived, as she was also involved in an altercation with an officer and arrested for assault.

Watch video of the arrest via The New York Daily News below.