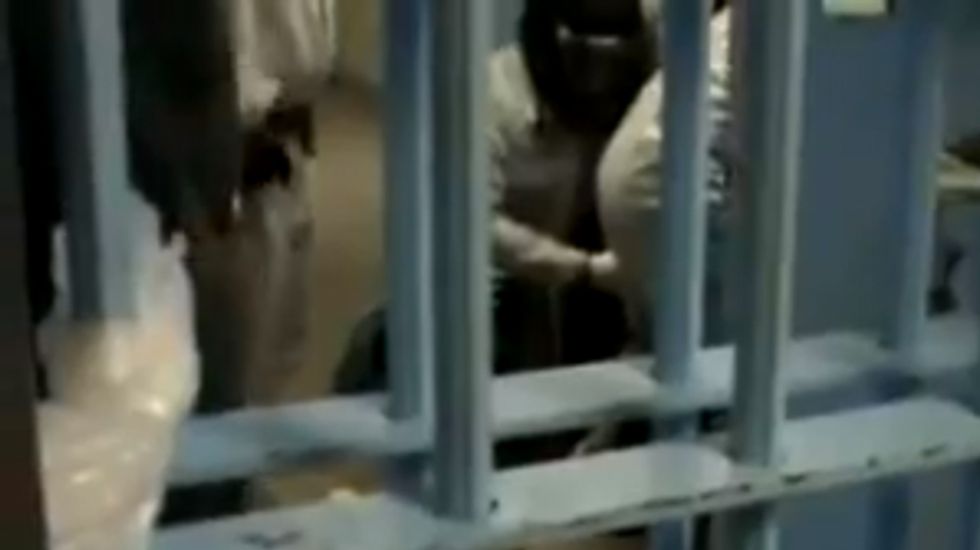 California on Friday announced court-ordered policy changes aimed at curbing the use of force against thousands of mentally ill inmates after video footage showed prisoners screaming as guards doused them in pepper spray.

The changes follow on from an April ruling by U.S. District Judge Lawrence K. Karlton in a long-running case brought by aggrieved prisoners.

Karlton found that the California prison system's use of force policies had violated the constitutional rights of mentally ill inmates.

Filed in federal court in Sacramento, the revisions address the actions prison officials take against mentally ill inmates who refuse to take medications or are otherwise uncooperative, or who may be unable to understand what is happening to them.

"The goal of the revisions is to systemically improve (the Department of Corrections and Rehabilitation) practice and culture regarding both when and how force can be used," the court documents said.

"The system viewed pepper spray as harmless. It should be avoided at all costs. It is a serious weapon," Michael Bien, a lawyer representing the prisoners, told Reuters.

Under the new policies, chemical agents are banned inside mental health treatment facilities unless there is "high level authorization". That applies to use on inmates who can not understand orders, have difficulty complying with orders due to mental ailments, or are those with health risks.

The changes, likely to take months to be fully implemented, are expected to be reinforced with training, the documents say.

Prison officials will be encouraged to use verbal persuasion rather than physical aggression and guards advised to use a "cool-down period" during which medical clinicians can intervene with uncooperative inmates.

Those clinicians are empowered to make recommendations aimed at avoiding force and to assess whether any actions taken could lead to organ failure.

"The written policies are the first step and the real key is how training is implemented," Bien said.