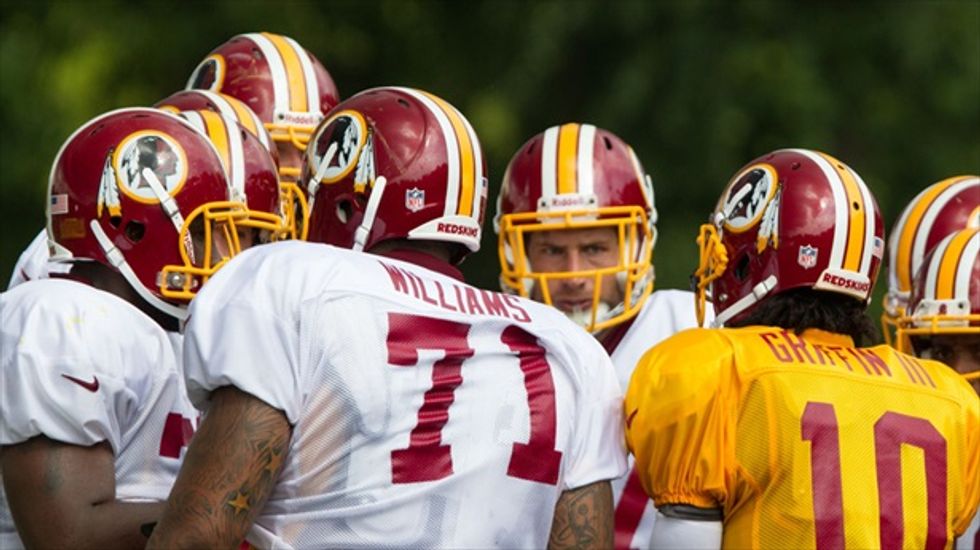 WASHINGTON (Reuters) - The Washington Post editorial board will generally avoid using the word "Redskins" when referring to Washington's football team, it announced on Friday, saying the term denigrates Native Americans.

A growing number of newspapers and sportswriters, including the Post's Mike Wise, have said they will no longer use the team's moniker.

"While we wait for the NFL to catch up with public opinion and common decency we have decided not to use the slur ourselves except when it is essential for clarity or effect," the board said in a statement, referring to the National Football League.

The editorial board controls only the paper's opinion pages and is separate from the Post's news-gathering side, which will continue to use the name, Marty Baron, the paper's executive editor, said.

"Standard operating policy in the newsroom has been to use the names that established institutions choose for themselves," Baron said. "That remains our policy, as we continue to vigorously cover controversy over the team's name and avoid any advocacy role on this subject."

Daniel Snyder, who bought the team in 1999, has said the name honors Native Americans and vowed not to change the name under any circumstances.